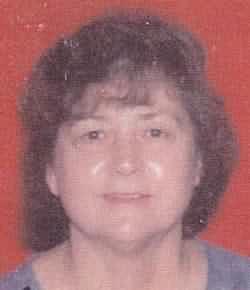 Jacquelyn Ann Rayfield, 64, of 76 Ridge Road, Candler, died Wednesday, July 2, 2003. Mrs. Rayfield was born in Buncombe County and was a daughter of the late Clarence and Jessie Bailey Ward. She was also preceded in death by two brothers, William David Ward and Charles Robert Ward. She is survived by her husband, Jimmy L. Rayfield; a daughter, Brenda Rhinehart and her husband Rick of Candler; two grandchildren Jessica and Jake Rhinehart; a sister Marie Roberts of Asheville; two brothers, Jerry Ward and his wife Diane of Leicester and Richard and his wife Judy Ward of Asheville; and several nieces and nephews. Funeral services will be at 1:00 pm Monday in the Patton Avenue chapel of Groce Funeral Home with the Rev. Gene King officiating. Burial will be at the Western Carolina State Veterans Cemetery. Her family will receive friends at the funeral home one hour prior to the service.