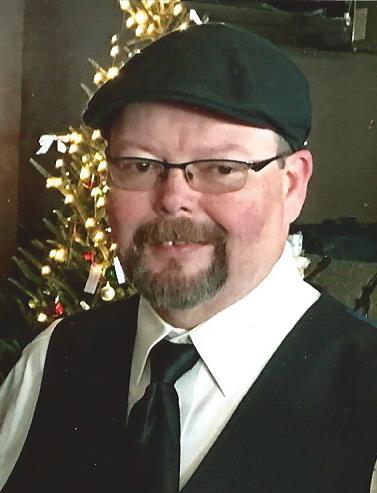 Born in Henderson County, he was the loving husband of Judy Phillips of Fletcher. Theirs was an epic love story! He was the son of Pat Alberta (Cole) Fisher of Fletcher and the late Ron Fisher.
He was a member of Feed and Seed Church, Fletcher.

Chris loved motorcycles and classic cars,and enjoyed all kinds of music and going to concerts. An easy-going man, he never had a harsh word to say about anyone.

In addition to his wife of 27 years, he is survived by a son, Christopher “Cody” Fisher and his spouse Ashley of Fletcher; two daughters: Kara Leigh Swann and her spouse Carrissa of Flat Rock and Rebecca Phillips of Mills River; five grandchildren: Haiden Brook, Alexis Bella, September Jade, Xander Kayne, and Autumn Annette; a brother, Craig Fisher of Fletcher; a nephew, Corey Fisher and his spouse Tori of Charlotte; and one niece, Candace Fisher of Etowah.

Haiden and Alexis loved, whenever they visited Chris, that he had a drawer full of gummy bears. Kara, Chris’s daughter, said I will always love him more, despite his sneaky tricks to win first. I am his peanut, his little girl, and his kiddo. He was always the one to give them their first piece of steak—that was his goal.