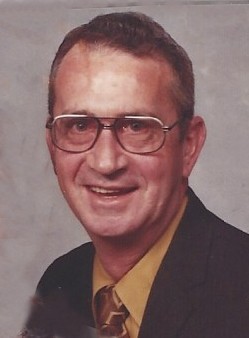 James Donald Fisher, "Don", 82, passed away Tuesday, June 30th, 2015, at the Brian Center in Weaverville after a long battle with Alzheimer's. He was preceded in death by his parents, Clifford and Erma Lee Fisher, daughter Brenda Wilkey, brother Wendell Fisher, and his sister Nancy Turner. Mr. Fisher is survived by his wife, Joan Lindsey Fisher, of 62 years; son, Rick Fisher and wife Debbie of Candler; sister Martha Fisher of Canton; sister-in-law Pat Fisher of Canton; four grandchildren; and seven great-grandchildren. He was a member of Enka Baptist Church, and a veteran of the U.S. Army. Memorial services will be held at 11:00 a.m. on Friday, July 3rd, in the Patton Ave. chapel of Groce Funeral Home, with the Revs. Ron Brown and G. Scott Lynch officiating. The family will receive friends one hour prior to the service. In lieu of flowers, donations may be made to Madison Home Care and Hospice, PO Box 69, Marshall, NC 28753, and to the Alzheimer's Association Western Carolina Chapter, 3800 Shamrock Drive, Charlotte, NC 28215-3220.