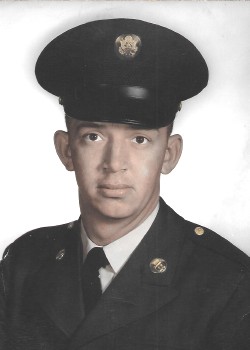 A native of Madison Co., James was a son of the late Manuel and Bessie Sexton. He was also preceded in death by his brothers, Charlie Sexton and Walter Sexton; sisters, Wilma Sexton and Christine Moulds; step-daughter, Lynne; and step-grandson, John.

Mr. Sexton was a veteran of the U.S. Army, proudly serving his country in the Vietnam War.

The funeral service will be held at 12:30 p.m. on Tuesday, November 24, 2020, at the Groce Funeral Home chapel on Patton Ave. Attendance is limited to 50 individuals and masks are required. Interment with military honors will follow at the Western Carolina State Veterans Cemetery in Black Mountain, where they limit attendance to 25 individuals. The live stream of the service at the funeral home and again at the cemetery will be available at the Groce Funeral Home Facebook page and YouTube channel.