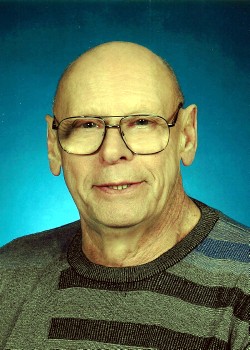 A native of Akron, OH, Mr. Bucher was a son of the late James Emery Bucher, Sr. and Agnes Mae Errington Bucher and was preceded in death by his first wife, Mary Bucher, his son, Michael Bucher, infant son, Garrison Bucher and his brother, Fred Bucher. He was a Navy veteran of the Korean War and was retired from General Motors where he a Journeyman Machinist.

In Asheville, he was a member of St.Eugene Catholic Church.

The family will receive friends from 4:00 to 7:00 p.m. Thursday, January 16 at Groce Funeral Home on Patton Avenue.

A memorial Mass will be celebrated at St. Eugene Parish with inurnment in the church columbarium on Friday January 24th, at 11am, with a reception following at noon at the church.

In lieu of flowers, donations may be made to the ABCCM Veterans Restoration Quarters.