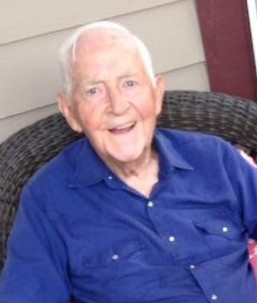 James Jagers Foreman, 88, of Hendersonville, passed away at his residence on Friday, November 30, 2018. A native of Liberty, MS, he was a son of the late Albert and Eunice Stokes Foreman. He was also preceded in death by his wife of 52 years, Dee Shaw Foreman, who passed away in 2004 and eleven siblings. James proudly served his country in the US Air Force from 1950-1954 and then graduated from Mississippi State University in 1958 with a degree in Forestry. He worked for the US Forest Service for sixteen years and then in private real estate sales until his retirement. He is survived by two daughters, Hollie Foreman Michelsen (Kjell) and Kris Foreman Day (Steve); one son, Von Foreman (Teresa) and five grandchildren. In lieu of flowers, the family graciously asks that memorial donations be made to Grace Baptist Church, 718 Haywood Road, Asheville, NC 28806. A Memorial Service was held on Tuesday, December 4 in the Chapel of Groce Funeral Home at Lake Julian.