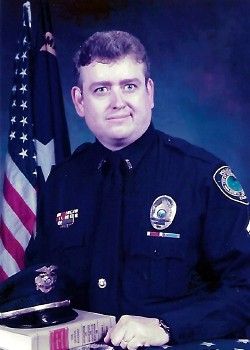 A native of Joliet, IL, Jim was the son of the late Verle Albert and Margaret (Tittsworth) Jones.

Jim retired as a Sergeant with the Asheville Police Department in 2007. During his long career, which began in 1986, he served in a multitude of roles to include Patrol, Criminal Investigations, Emergency Response Team, as well as the Hostage Negotiations Team. Additionally, he was a dedicated instructor within the BLET program where his experience and commitment helped develop generations of officers in Western North Carolina.

In addition to his parents, he was preceded in death by his sister, Catherine Louise Lochridge.

A Celebration of Life for Jim will be held at 3:00 p.m. on Wednesday, February 9, at Trinity Baptist Church, 216 Shelburne Road, Asheville, NC 28806. Bud Dotson & Mike Hahn will officiate, with the assistance of Bill Wysong and the members of the Trinity Baptist Church Pastoral Staff. The service will be livestreamed on the church website.

In lieu of flowers, donations may be made to the North Carolina Fraternal Order of Police Foundation, 74 Parker Cove Road, Weaverville, NC 28787.