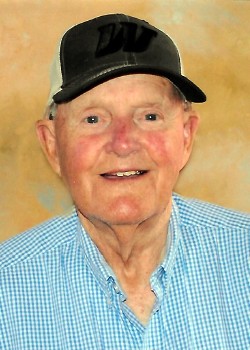 Born in Buncombe County on September 1, 1929, James was the son of the late Paul and Pauline Cole Reeves. He was also preceded in death by his wife, Verlene Reeves; brother, John T. Reeves; and sister, Ruth Wells.

Mr. Reeves retired from Carolina Freight Carriers, Inc. and was a tobacco farmer for most of his life.

We wish to extend a special thanks to all our friends, relatives, caregivers, and the Brevard hospice team who cared for James during the last days of his journey.

The family requests that you remember Mr. Reeves in a way he would surely appreciate; through a donation to the Welcome Table at Leicester Community Meal Site, P.O. Box 36 Leicester, N.C. 28748.