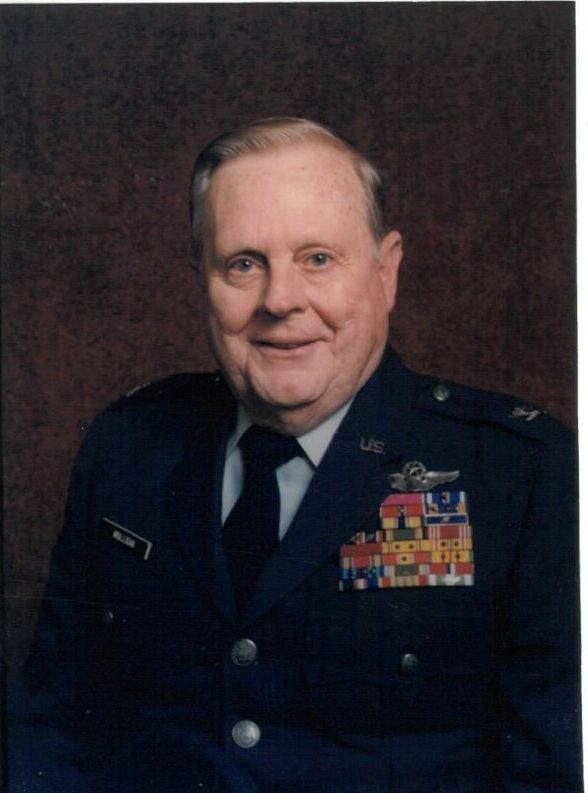 SWANNANOA – Col. James L. Mulligan, 99, of Swannanoa, passed away Monday, September 6, 2021. Born in Bradley, Illinois, to the late Joseph Michael and Pearl Walters Mulligan, he was preceded in death by his wife of 41 years, Phyllis Patton Mulligan.

A WWII Veteran, he retired as a Colonel from the United States Air Force after serving 33 years for his country.

Col. Mulligan began his military career in 1942 as a WWII Navy gunner fighter. In 1949, he joined the Air Force and received his Pilot Wings and Commission. He then actively served in the Korean Conflict. After training in Arizona, he became a test pilot and joined the first Astronaut Training Program with Neil Armstrong and Chuck Yeager. (Col. Mulligan’s astronaut suit is on display in a museum in Texas.)

Col. Mulligan flew 130+ missions in Vietnam as a fighter pilot. After returning stateside, in the early 1970’s, he flew the SR-71 “Blackbird” (a long-range, high-altitude Mach 3+ strategic reconnaissance aircraft) over Russia with top-secret clearance. He was instrumental in developing and training NATO pilots with this aircraft.

During the 1978 Afghanistan conflict, Col. Mulligan ended his military career while stationed at Rhein Main Air Base near Frankfurt, Germany, as a fighter pilot.

In 1979, Col. Mulligan and his wife returned to her family homeplace in Swannanoa where they built their retirement home. As a volunteer at the Charles George VA Medical Center, he logged over 10,000 volunteer hours. He was also a member of the local Air Force Association, that designed, raised funds for, and built the Western NC Memorial in downtown Asheville.

A Graveside Service with Military Honors will be held at 2:00 p.m. on Thursday, September 9, 2021, at the Western Carolina State Veterans Cemetery in Black Mountain, NC.

In lieu of flowers, memorials can be made to your local Air Force Association, the Charles George Asheville VA Medical Center (Hospice Butterfly Fund), or the American Legion (Bradley, Illinois).