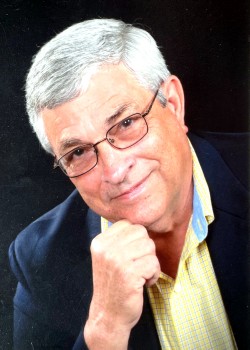 James Richard Cutlip, 76, of Asheville, North Carolina, died on Saturday, June 5, 2021. He succumbed to injuries sustained from an accident while doing one of the things he loved the most; working in his home auto shop. He was in the comforting presence of His wife, Carolyn, daughter, Stephanie, and his minister Gerald Davis at the time of his passing.

A memorial service will be held at 11:00 AM, Monday, June 14 at Groce United Methodist Church, 954 Tunnel Road, Asheville, North Carolina. It will be followed by a reception.

Jim was born September 20, 1944, in Lebanon Ohio to Ruth and Forest Cutlip. He graduated from Milan High School in 1962 He graduated University of Tennessee with a degree in agriculture in 1968.

Jim loved working in his garden and improving his home in Milan, Tennessee and, more recently, Asheville, North Carolina. He was a lifelong automotive enthusiast with a passion for classic sports cars. He restored or built several over the years, including three classic Corvettes. A veritable Dr. Doolittle, he loved spoiling his various pets and the assorted wildlife around his home and ensured none ever went hungry.

Jim is survived by his wife Carolyn, daughter Stephanie Lonow, and granddaughter Maddie Grace Lonow, of Asheville, NC; his son Zachary of Oakland, CA; his sister, Mary Mayham, and nieces Jennifer, Marcy, and Tonya of Ripley, TN; and his daughter Melissa Spiers of Chattanooga, TN.

A special thank you to all the family, friends, and members of the community whose love and support has sustained the Cutlip and Lonow families through this painful chapter.