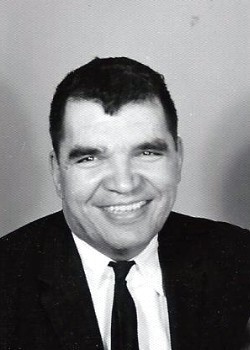 James Robert Hughes, 85, of Candler, died Tuesday, December 27, 2016 at Mission Hospital. A native of Bolivar, PA, he was a son of the late John and Esther Clawson Hughes. He was also preceded in death by his wife, Martha Lea Walker Hughes and daughter, Virginia Hughes Tabor. Mr. Hughes was a veteran of the U.S. Army, serving in Korea. He worked as a psychiatric aide at the Torrance State Hospital in PA. He was a member of Mt. Moriah Wesleyan Church. Surviving are his daughters, Roberta Lea Harverson and husband Douglas, and Donna Louise Cantrell and husband Donald; four grandchildren, Courtney, who was raised in the home and her husband Dustin, Cassidy, J.D., and Veronica; and three great-grandchildren, Abigail, Isabella, and Olivia. Funeral services will be held at 3:00 p.m. on Friday at Mt. Moriah Wesleyan Church, with the Revs. Terry Wayne Penland and David Pittman officiating. Interment will follow in the church cemetery. The family will receive friends one hour prior to the service at the church. The family wishes to give special thanks to the staff at Mission Hospital for their wonderful care of Mr. Hughes. Groce Funeral Home on Patton Ave. is assisting the family.