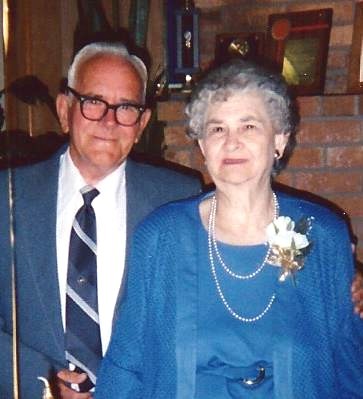 Jean Colleen Phillips Thompson, 85, of Asheville, died Wednesday, March 18, 2015, at the Brian Center in Hendersonville. A native of Cherokee Co., NC, she was a daughter of the late James Otis and Nellie Louise Grindstaff Phillips. She was also preceded in death by a daughter, Linda Joyce Thompson, a sister, Joann Lackey, and a brother, Cecil Phillips. Mrs. Thompson was a member of Reeves Chapel United Methodist Church, where she had served as head usher for many years. She will be remembered as a humble and loving person. Mrs. Thompson is survived by her husband of 67 years, John Cecil Thompson; son, Mark Thompson and wife Mary; grandson, Zach Thompson; sisters, Janet West, Jane Phillips, Violet Hembre and Geneva Conley; and brother Eddie Phillips. Funeral services will be held at 4:00 p.m. on Sunday in the Patton Ave. chapel of Groce Funeral Home, with the Revs. Enoch Ball, Jr. and Jay W. Bissett officiating. Interment will follow at Reeves Chapel Cemetery. The family will receive friends one hour prior to the service.