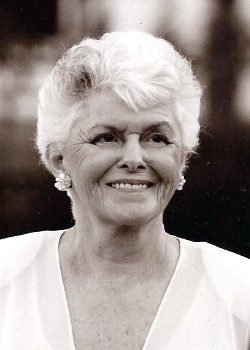 Jeannette McClure Klein joined her husband Louis in heaven on November 5, 2012, at the age of 91. Jeannette spent her early years in Connecticut before moving to Lake Worth, FL, with her husband Louis and two young children. She was the executive secretary to Igor Sikorski before her marriage. A loving and devoted mother, wife, and daughter, she cared for many, to include her children and aging parents, and then her husband, Lou, for many years of his declining health and struggle with Alzheimer's. Jeannette made many difficult adjustments in her later years, moving to New Hampshire and then to North Carolina to be close to family. Through all these changes, her love of family was her focus and her strength. She is survived by her daughter, Susan Klein Miller; son-in-law, William J. Miller; granddaughter Katherine Miller; and son, Richard Klein. She will be laid to rest with her husband at the NH Veterans Cemetery in Boscowan, NH. Her family wishes to thank the Elliot Hospital Geriatric Service and Generations Health in NH, as well as CarePartners Hospice in Asheville for their loving support of Jeannette though her later years. Her daughter thanks the many friends who helped her on this journey of caregiving for both of her parents. In lieu of flowers, please send donations to CarePartners Hospice, P.O. Box 25338, Asheville, NC 28813. Groce Funeral Home on Patton Ave. is assisting the family.