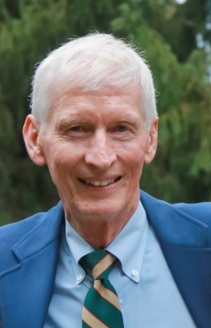 Dr. Jeffrey B. Llewellyn, Professor Emeritus of Biology and Ecology at Brevard College, died on February 3rd, 2022, in Asheville, North Carolina, at the age of 75.

After spending some time post-graduation exploring the United States and teaching, Jeff laid down his roots in Asheville, and began his tenure at Brevard College in 1990. Jeff was a passionate educator and scientist interested in the niche separation and coexistence of small mammals and the avian communities in the southern Appalachian Mountains. His dedication to his field and students was honored in 1998 when he was elected President of the North Carolina Academy of Science. The following year (1999), he was named the Mary Emma Thornton Distinguished Service Professor of Ecology. He was also elected President of the UNC-Asheville Chapter of the Sigma Xi Scientific Research Society in 1999. Jeff volunteered his time for numerous organizations, including the American Association of University Professors, the American Society of Mammologists, the North Carolina Academy of Science, Sigma Xi Research Society, the Audubon Society, and the Riverlink Volunteer Water Information Network.

Jeff retired from Brevard College in 2017. While retired, Jeff had time to pursue his love of ecology, nature, and birds. He spent much of his time watching and recording the behaviors of the various species of birds and waterfowl found on the Biltmore Estate.

A memorial service and celebration of his life will be held at 4:00 p.m. on Saturday, June 18, 2022, at Groce Funeral Home on Patton Avenue. All in attendance will be invited to share a memory, story, or thought about Jeff.

In lieu of flowers, please consider a donation to a charity of your choice.