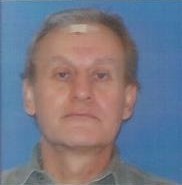 Jerome "Jerry" Kuzniar passed away in Asheville North Carolina, Tuesday, December 6th 2016 after a lengthy battle with cancer which was the result of exposure to Agent Orange during the Vietnam War. Jerry was born in Lorain Ohio and was a 1966 graduate of Admiral King High School. He served in the U.S. Army from 1969 to 1970 and was awarded the Purple Heart. Jerry is survived by his wife of 41 years, Aloha (nee. Beachler); son, Eric and granddaughter Lauren. Also by siblings, Dolores Beko ( Richard), Karen Armstrong (Rich), Glenn Kuzniar (Cindy) and stepchildren Barbara, Tina, David and Rick Luczkowski. Jerry was predeceased by his parents, John A. and Katherine (Duray) Kuzniar; brother, Edward and infant sister, Linda. Jerry loved the outdoors and was an avid gardener. He also enjoyed billiards and before his illness he was a natural athlete, playing golf and racquetball. He never lost his wit and entertaining sense of humor even in his last days. Jerry was a lifetime member of the DAV and the Amvets. Private internment will be held Tuesday, December 20th at the Western Carolina State Veterans Cemetery in Black Mountain, NC. Memorials may be sent to: The Wounded Warriors or Hospice.