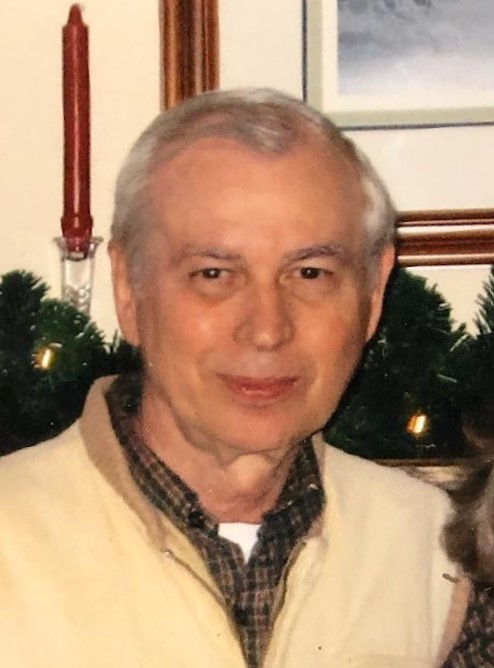 Jerry Lloyd Dyer of Horse Shoe has completed his journey here and has gone to his heavenly home.

There to greet him were his parents, Lloyd and Rebecca Ray Dyer; his brother, Thomas; and beloved daughters Roseanne Koppelman and Bethany Welsh Harper; and his brother-in-law, Jim Reemes.

Jerry was born December 14, 1942. He grew up in Woodfin and was a member of Elk Mountain Baptist Church. He graduated from Erwin High School and attended Mars Hill College until the finances ran out and decided to let his “Uncle Sam” pay for the rest of his education when he joined the USAF. The training he received in the Air Force resulted in his working for NSA for 26 years. His time with NSA gave him the opportunity to travel to a number of places in the US and Europe, and two tours in Australia. He received his BA from University of MD and his MLA from Johns Hopkins University. Prior to returning home, he resided in Catonsville, MD. After his retirement, he and Terri returned home to live in Horse Shoe.

Many thanks go to Debbie Reemes- Ford and Carlos for being my sitter on the weekends which allowed me to continue to work and always my backup; to the staff at Four Seasons Palliative Care for assistance in the last two years; and to all the hospice workers and staff at Elizabeth House who made his last days bearable.

A Celebration of Life will be held at 2:00 PM Wednesday, May 26, 2021 at Groce Funeral Home at Lake Julian with Pastor Richard Merck officiating. Friends will be received one hour prior to the service. Burial will be private. PLEASE WEAR BRIGHT COLORS.

In lieu of flowers, memorial contributions may be made to the Alzheimer’s Association, Four Seasons Hospice, or to the charity of your choice.