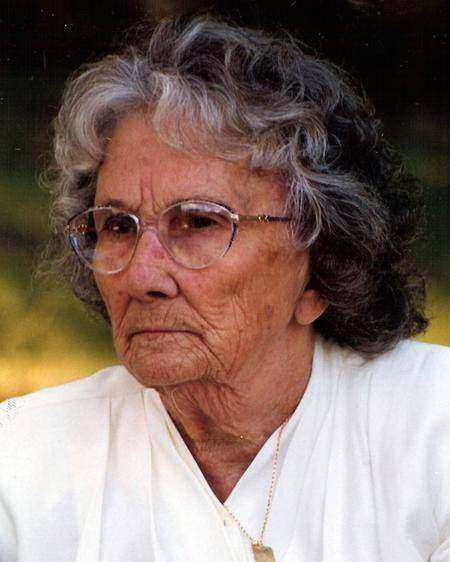 Fletcher – Jewell Raines Harwood, 87, died Thursday, December 20, 2007, at the Elizabeth House. A native of Mecklenburg County, she was the daughter of the late Jessie and Bonnie Anderson Franks. She also was preceded in death by her husband, Charlie Raines, in 1970; a daughter, Peggy Raines; four sisters and one brother. Mrs. Harwood was a member of Balfour Baptist Church. She is survived by her husband, James Harwood; three daughters, Clara Lawrence of Oteen, Mary Lou Camby of Asheville and Jo Ann Lunsford of Barnardsville; six sons, Gene Franks of Candler, Jimmy Raines of Arden, Marvin Raines, Kenneth Raines and John Raines, all of Fletcher and Danny Raines of Hendersonville. Also surviving are one brother, Ernest Franks of Asheville; 24 grandchildren and 35 great grandchildren. A funeral service will be held at 2:00 P.M. Saturday at the Balfour Baptist Church conducted by the Revs. Travis Harrison, Tollie Cunningham and Ray Wynes. Burial will be in New Salem Cemetery. Grandsons will serve as pallbearers with great grandsons as honorary pallbearers. The family will receive friends from 7:00 until 8:30 P.M. Friday at Groce Funeral Home at Lake Julian on Long Shoals Road. Memorials may be made to Elizabeth House Hospice, 581 South Allen Road, Flat Rock, NC, 28731.