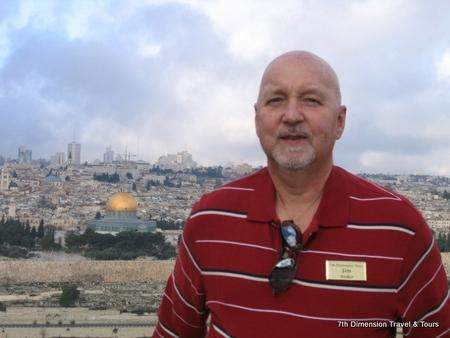 Our beloved Jim passed on to Glory on September 23, 2011 with his loved ones and friends by his side. He will forever be in our hearts; his life, and legacy, of improving ours and others lives will live on throughout eternity. Jim was born to the late Rey and Dorothy Ander on December 3, 1949 in Minneapolis, MN. He was also preceded in death by one brother, Jerry Ander. Jim majored in Biblical Studies at Western Bible Institute in Lakewood, CO (now Colorado Christian University) and was Youth Pastor at Judson Memorial Bible Church in Denver, CO. Later, Jim began a sales career with American Salesmasters, received their "Salesperson of the Year" award and shortly thereafter became one of their vice presidents. This began his life-long career in the field of Human Engineering as a Behavioral Scientist. He has had more than 30 years experience as a Life Enhancement Coach, Productivity Trainer and Speaker. Jim was the current Vice-President of Mathis Electronics, and President of Creative Profit Systems, his consulting and people-building business. Jim was a previous partner with Zig Ziglar as President of Ander-Ziglar Success Consultants in Dallas, Texas. Jim is survived by his wife, Linda Ander, of Hendersonville; one daughter, Tami Connelly and her husband, Chuck, of Red Wing, MN; one son, David Ander and his wife, Kathy, of Divide, CO as well as their mother, Marty Ander; two step-children, Karen Mervine and her husband, Clif, of Hendersonville and Anne Plummer and her husband, Phil, of Voorheesville, NY; two sisters, Carol Wooten and her husband, Frank, and Cindy Ander; one sister-in-law, Mary Ander; four grandchildren, Payton Ander and Nicholas, Hunter and Christian Connelly as well as four step-grandchildren, Isabella and Sophia Mervine and Nathaniel and Theodore Plummer. A Memorial Service will be held on Saturday, October 8, 2011 at 11:00 a.m. at First Presbyterian Church of Hendersonville, where he was a member, and had recently been elected to the Board of Elders. Pastor and dear friend, Dr. William C. Campbell, will be officiating. In lieu of flowers, memorial gifts may be made to The Rathbun Center in Asheville, NC (www.rathbuncenter.org) or to Colorado Christian University in Lakewood, CO (http://www.ccu.edu/).