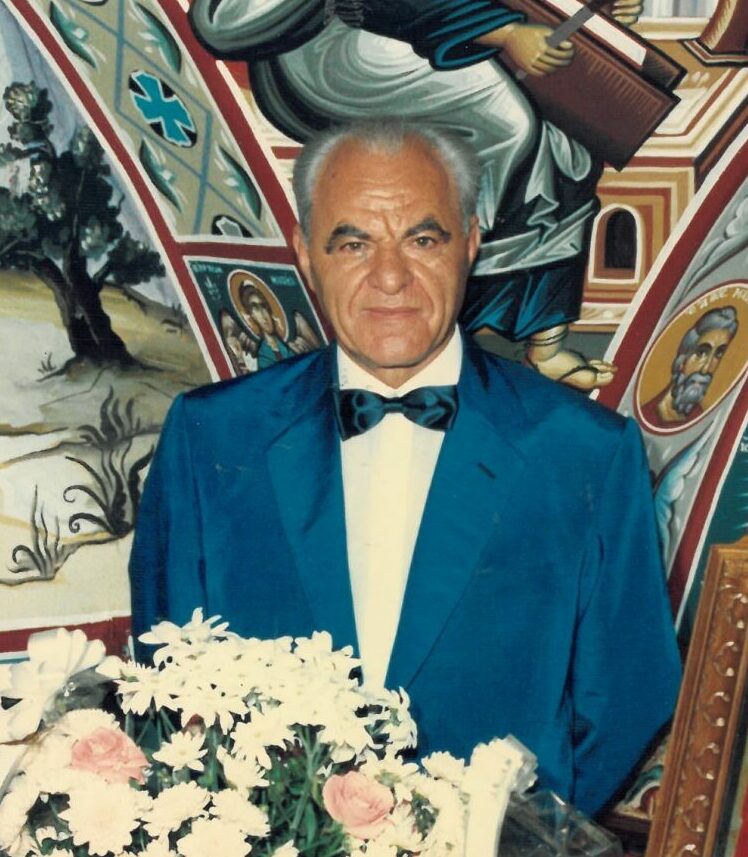 He was born on February 25, 1927, in Doliana Evrytania, Greece and was the son of parents John Moutogianni and Kaliopi Vastaki.

Jimmy came to America by ship to Ellis Island, NY around 1954 shortly before it permanently closed as an immigrant processing station. Upon arrival in the U.S. he worked for 3 years in Washington DC in restaurants. He then moved to Asheville, NC where he and his brother, the late Chris Moutos, got into the restaurant business together by purchasing a building on Tunnel Road and ran it as Acropolis. A year later they acquired the Mountaineer Court and later changed the Acropolis to a steak house, which Jimmy ran for another 30 or so years. Jimmy also owned and ran the Springwood Mobile Home Park for nearly 50 years.

In 1987, Jimmy married his wife, Angeliki, in Greece on the 18th of July. She was able to come to the United States in October of the same year.

Jimmy and Angeliki have been active members of Holy Trinity Greek Orthodox Church and he even served as President of the Parish Council. Jimmy had a very philanthropic heart and it was his joy to help people throughout his life. He will be dearly missed by many, many people.

He is survived by his wife Angeliki, along with many cousins, nieces, nephews, and god-children.

In lieu of flowers, the family is requesting donations be made to Holy Trinity Greek Orthodox Church, 227 Cumberland Avenue, Asheville, NC 28801.