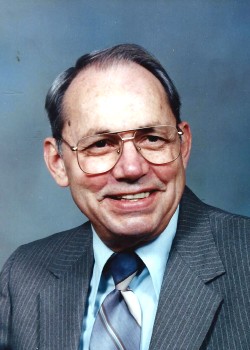 Joe James Major, 83, of Asheville, died on Tuesday, January 15, 2013, at the Memorial Campus of Mission Hospitals. Mr. Major was a son of the late Ira Earl and Isabel Lunsford Major. He was also preceded in death by his wife, Mary J. Bass Major, who died in 1994, and by a sister, Mary Pepita Major Robertson. Mr. Major had attended the Unitarian Universalist Church and was a veteran of the U.S. Army. Mr. Major is survived by his sister, Teresa Major White; his daughters, Cecelia Pace and husband Dewey, and Gloria Hembree and husband Ivan; grandchildren, Mitchel Pace, Shelbi Pace and Avery Pace, and Roxanna Hembree, Nicholas Hembree and fiancée, Christion Belger, and Ivan Hembree, II; great-grandchildren, Ivory and Chloe; a number of special nieces and nephews; and his dear friend, Ellen Wells. A memorial service for Mr. Major will be held on Saturday at 3:30 p.m. at the Groce Funeral Home chapel on Patton Ave. His family will receive friends following the service.