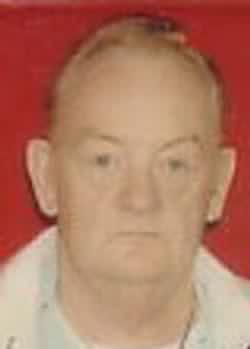 John Bill Creasman, US Navy, Retired, 75, of 90 Church Road, Fairview, died Saturday, December 25, 2004, at the VA Medical Center. A native of Haywood County, he was a son of the late Bill H. and Dovie Mathis Creasman and was also preceded in death by two sisters, Genevieve C. Pitts and Mary Evelyn Walsh. He was a career Navy veteran of Viet Nam and was of the Baptist faith. Survivors include his wife, Glenda Kay Gault Creasman; two daughters, Tina McGuinn of Rutherfordton and Tammy Creasman of Asheboro; one son, Darryl Creasman of Asheville; five step-children, Sharon Guy of Arden, Angela Yancey of Fairview, Christine Luedke of Jacksonville, FL, Jeff Gault of Fairview and Jerry Davis of Asheboro; three grandchildren, Brandon Yancy, Miles McGuinn and Holly McGuinn. Funeral services will be 10:00 am Wednesday in the Western Carolina State Veterans Cemetery chapel with the Reverend Don Welborn officiating. Burial will follow in the cemetery. His family will receive friends from 7:00-8:30 pm Tuesday at Groce Funeral Home on Patton Avenue and request that, in lieu of flowers, donations may be made to the family to help with funeral expenses.