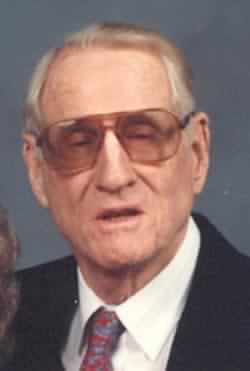 John W. “Bill” Rutherford, Jr, 92, of 11 Rutherford Road, Candler, died Thursday, January 10, 2002, at his home. Mr. Rutherford was born in Buncombe County and was a son of the late John W. and Addie Holcombe Rutherford, Sr. He was also preceded in death by brothers and sisters, Neal A. Rutherford, Madith R. Candler, Pansy L. Rutherford, Weaver P. Rutherford, Aleane R. Bailey and Bessie Rutherford, and a step-son, Ronald Moffitt. He was a graduate of Candler High School and attended Oak Ridge Military Institute. Early in his career he was associated with Rutherford Lumber Company before moving to Gennett Lumber Company, from which he retired. He was a former owner of the West Asheville Drive-In Theater. He was a charter member of the Democrat Mens Club and a former candidate for County Commissioner. He was a member of Francis Asbury United Methodist Church. Surviving are his wife, Bennnie Plemmons Rutherford; one son, John William Rutherford, III of Candler; one granddaughter Stephanie Chi Rutherford of Knoxville, TN; two step-daughters, Barbara Ashe of Asheville and Linda Owenby of Arden; one sister, Edythe R. Lambert of Clemson, SC, and several nieces and nephews. Graveside services will be at 2:00 pm Saturday at Francis Asbury United Methodist Church Cemetery with the Rev. Steve Autrey officiating. His family will receive friends one hour prior to the service at Francis Asbury Church and at other times will be at the residence. Memorials may be made to Francis Asbury United Methodist Church, PO Box 67, Candler, NC 28715, or to Mountain Area Hospice, PO Box 25338, Asheville, NC 28813.