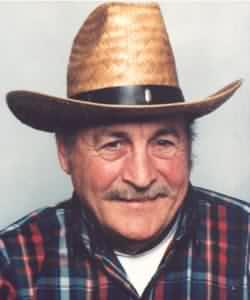 John E. Chambers, 65, of Asheville, died Friday, February 1, 2002, at Mountain Ridge Wellness Center after an extended illness. A native of Madison County, Mr. Chambers was a son of the late Vernie T. and Ethel Baldridge Chambers. He was also preceded in death by a brother, Earl Chambers. He was formerly employed by Drexel Furniture Company and was a used car salesman. Surviving are a daughter, Anita Chambers of Barnardsville; four sisters, Inez Jean Akgulian of Brandon, FL, Mabel Anderson of Drexel, Faye Shope of Candler and Darlene Hightower of Asheville; and two brothers, Troy Chambers of Asheville and Cline Chambers of Marshall. Funeral services will be 3:00 pm Monday at Terrys Fork Baptist Church where the body will be placed 30 minutes prior to the service. The Revs. Cline Honeycutt and Eugene Dodd will officiate. Burial will follow at Chambers Family Cemetery on Hamburg Road in Madison County. The family will receive friends from 7-8:30 pm Sunday at Groce Funeral Home on Patton Avenue.