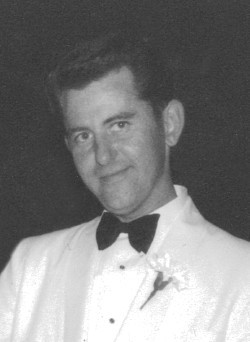 John H. Loncosky, 77, passed away peacefully Tuesday, December 2, 2014. A native of Pennsylvania, he was born in Ridgway. John graduated from Thiel College in Greenville, PA. In 1960 he enlisted in the United States Air Force, and served a 22 year career as a Weather Specialist. After his retirement from the Air Force, he enrolled in Blanton's Business College in Asheville, and begun a second career in accounting. John was a voracious reader, with specific interest in World War II, aviation and baseball history. He is survived by his wife Carol. Other surviving members of the immediate family are his daughter Karen, a son Steven and his wife Carolyn and granddaughter Thea. A memorial service is scheduled for 11:00 A.M. December 13, 2014 at St. Mark's Lutheran Church, Asheville, with Pastor Christopher Webb officiating. In lieu of flowers memorial contributions may be made to St. Mark's Lutheran Church. Groce Funeral Home, Asheville, handled the arrangements.