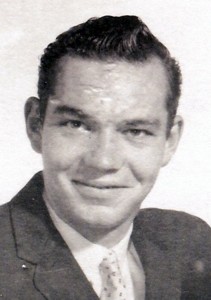 John Harold Creasman, 66, of 4 Piedmont Road, Asheville, died Monday, July 2, 2007, at Madison Manor Nursing Home. Mr. Creasman was born in Yancey County and was preceded in death by his father, Lloyd Creasman and his brother, Maurice Creasman. He was formerly employed as a truck driver. Surviving are his mother, Mary Styles Creasman; one daughter, Cynthia Whitley; two grandsons, Calvin Whitley and Cody Whitley; a sister, Mary Ann Gardner of Weaverville and a brother, Richard Creasman of Atlanta, GA. Funeral services will be at 11:00 a.m. Thursday in the Patton Avenue chapel of Groce Funeral Home with the Rev. Allen Rash officiating. Burial will be at Styles Cemetery in Burnsville. His family will receive friends at the funeral home one hour prior to the service.