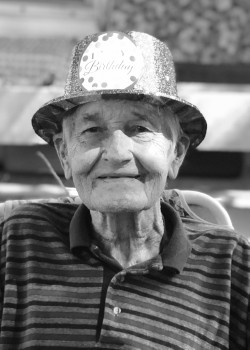 John was the son of the late Sankey W. and Lucille K. Israel. He was a lifelong resident of Buncombe County and a graduate of Valley Springs High School where he excelled in basketball. He went on to play ball at Asheville Biltmore College and was named team captain his senior year.

John was a master plasterer following in the trade of his father and worked on many notable buildings throughout Buncombe County including the Jackson Building and the Biltmore House. He was an avid gardener and a die-hard Tar Heel fan.

John was predeceased by his wife of 52 years, Geraldine Franklin Israel and sisters, Sarah Davis and Louise Finston. He is survived by his daughters, Susan Israel and Janice Brown (David); granddaughters, Kristine Brown and Jessica Brown; sister, Gail Blankenship (Raymond); as well as many nieces and nephews.

The family would like to express their sincere appreciation to the staff at Four Seasons Hospice and to his wonderful neighbors.

Memorials may be made to Four Seasons Foundation 221 N. Main St. Hendersonville, NC 28792.