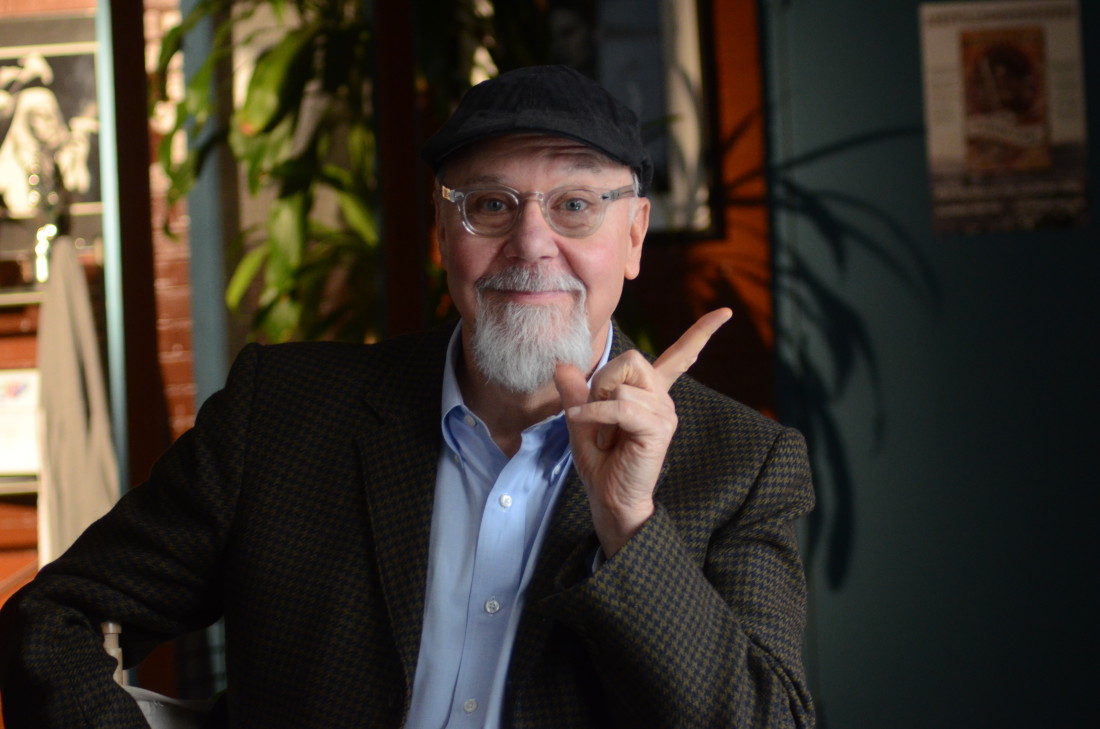 Born in Beaver Dam, WI on February 11, 1951, he was the son of the late Leona May and Harold Menick. He left Beaver Dam upon high school graduation with a Caravelle watch and $300, and set out upon his life’s adventure, criss-crossing the country via vehicle and thumb during the 1970’s. He eventually landed at the University of Georgia in Athens. There he received his B.S. in History, his B.S.Ed. Teaching Certificate and began course work in the Drama Department’s M.F.A. program, where he met his beloved wife of almost 42 years, Louisa Coplin Menick. They were married in 1981. Working at The Alliance Theatre in Atlanta, he honed his acting, directing, writing and teaching skills before moving to New York in 1984. In the mid-1980’s, he collaborated with eight of the top ten advertising agencies and forever secured his place in history as Herb for Burger King. The “Herb Tour” comprised stops in all 50 states and Canadian Provinces. In 1985 he was recognized by Ad Age and People Magazine as one of the top commercial actors of the year. His ability to create unique characters propelled him to Hollywood where, for almost twenty years, he practiced his craft in sit-coms, TV dramas, movies, commercials and animation voice-over. Along the way, he developed a passion for black and white glamour photography in the style of George Hurrell, explored the landscape of Death Valley, and meticulously created a Christmas village display of New York City in the 1920’s.

Jon retired from acting in 2001, and he and Louisa moved to pursue a new creative life in Asheville, NC, where he happily resided for his final 21 years. Fascinated by history, he dug into the stories of the places he lived. He created films for the Cradle of Forestry, the Department of Transportation and ABCCM, and directed plays for SART and Artists Resource Center. His final acts were founding the Screen Artists Co-op, a learning lab for actors, and Screen Artists Talent, a licensed talent agency for local creatives. His critical eye and straightforward, honest assessment of talent, as well as his relentless desire to extract the golden nugget from each and every actor, helped him to create the Menick Method of Acting, which allowed them to flourish not only in their craft but in their lives, teaching acceptance and the opening of their senses to the world.

He embraced life with an abandon, unconstrained by convention. He never forgot a friend and always had time for a pat on the back or long phone call, intuitively able to discern whether quiet counsel or raucous laughter was needed. Jon’s essential curiosity and persistence, his methodical pursuit of excellence, his intellect and wide-ranging knowledge of a myriad of subjects plus his dedication to others made him beloved. A rabid sports fan of the Green Bay Packers, Georgia Bulldogs and Atlanta Braves, he would spend hours watching games and “coaching” his teams. Stoic in the face of numerous health issues, he took up guitar, learning techniques of strumming and picking, while jamming and playing a mean harp in his mainstay Chicago Blues style. Perhaps his greatest gift was fostering a community and creating a gathering place for all those he knew and loved. And they were many.