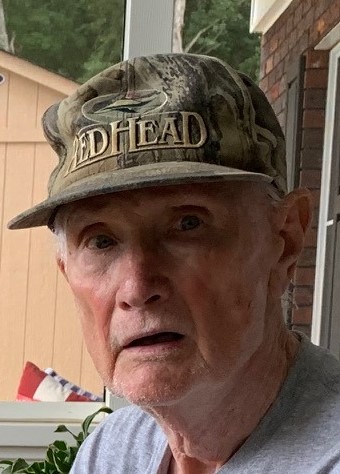 Joseph (Jody) Thurl Gilliam, 84, died on Saturday, September 25, 2021 after a long battle with dementia. He had lived in Buncombe and Henderson Counties all of his life until 2017 when he moved to the Lake Norman area to live near his daughters.

Jody was born in Fairview NC on June 28, 1937 to the late Alfred Thurl Gilliam and Carrie Mae Pittillo Gilliam. He was also preceded in death by his brothers; Edwin Gilliam, Sherrill Gilliam and John Gilliam, and sister; Barbara Gilliam Pressley.

Jody was retired from Asheville Metal Finishing, where he worked in maintenance for over 15 years. He could always be found tinkering with something or fishing on a lake somewhere. When he wasn’t tinkering or fishing, he would be combing flea markets or auctions looking for, and finding, bargains. He enjoyed beekeeping, hunting and gardening and he loved to travel. He was always ready to be of help to anyone who needed it. He loved and was always kind to animals.

A Celebration of Jody’s Life will be held at 11:00 AM on Saturday, October 2, 2021 at Groce Funeral Home at Lake Julian. The family will receive friends at the funeral home one hour prior to the service. Burial will follow at New Salem Cemetery.

In lieu of flowers, the family requests donations be made to Meals on Wheels of Catawba County online at www.mealsonwheelsofcatawbacounty.org or checks can be mailed to PO Box 207, Newton, NC 28658.