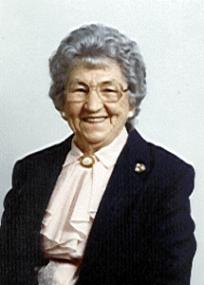 A lifelong resident of Buncombe Count, she
was the daughter of the late Henry and Carrie
Rhymer Parham and wife of the late Lonnie C.
Jones, who died in 1964.  She was also
preceded in death by a son, Everett Jones in
1950.  She was a member of Cedar Mountain
Baptist Church and was a beloved mother and
grandmother.

Services will be 2 pm Saturday in the chapel of
Groce Funeral Home conducted by the Revs.
Bobby Gibson and Bob Earwood.  Burial will
follow in the Macedonia Baptist Church
Cemetery.

The family will receive friends from 7 until 8:30 pm
Friday at the funeral home.