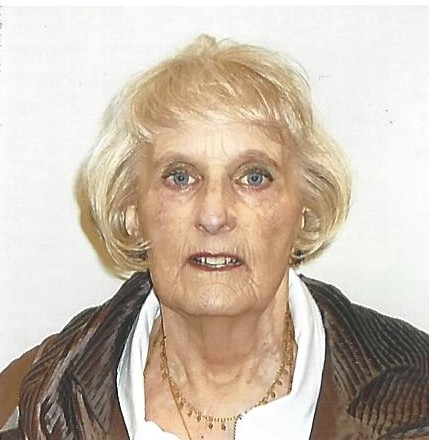 Judith C. (Oestreich) Barry died on Monday August 26th in Asheville, North Carolina. She was born June 19th 1944 in Marshfield, Wisconsin and lived in the area until she went to college at Greenville University in Greenville Illinois. This is where she graduated with degree in Sociology and Psychology and also studied religion and philosophy. This is also where she met her late husband Kenneth Barry (deceased 2010), whom she married on June 18th 1966. They were married for 44 years.

When Ken and Judi got married, they moved to Wilmore, Kentucky, where God called Judi to use her licenses to become a healer for others. She loved her work and took it with her wherever they moved. They moved to Michigan in the 70’s where they adopted two children, Jonathan Marshall Barry and Carmen Michelle Barry (Johnson). In 1979 they moved as a family to Iowa where Ken started his career in the pharmaceutical industry. Four years later they moved to Cleveland, Ohio and 18 months after they moved to Kalamazoo, Michigan where they lived for 27 years. During this time Judi went back to Western Michigan University where she received her Masters Degree in Psychology. Judi always said that her most blessed years were the ones spent working as a limited license counselor in Kalamazoo. Ken’s company moved them to New Jersey and she continued her work out of their home for seven years before retiring in Asheville.

Judi had a very wonderful and full relationship with God. She was called to be an Elder through the Reformed Church of America, twice, taught many bible studies in her home and attended bible study fellowship. In Asheville, she attended many churches including Arden Presbyterian, First Baptist of Asheville, and Skyland Methodist Church.

Left to mourn her are Jon M. Barry (son), Ariana M. Johnson (granddaughter) and her fiancé Ty and their daughter Austyn, Jordynn M Barry (granddaughter) and her boyfriend Tyson, Ginger Knox (younger sister), and Milton, George and Roger Oestreich (younger brothers). They all loved Judi very much along with many friends from past and present. Judi was so grateful for 75 years of service to God and others.

A Celebration of Life service will be held at 2:00 PM on Wednesday, September 4, 2019 in the Chapel of Groce Funeral Home at Lake Julian. Her family will receive friends at the funeral home immediately following the service.

In lieu of flowers, her family asks that memorial donations be made to a charity of one’s own choice.

The family greatly appreciates donations made to these charities in Judith "Judi" Barry's name.