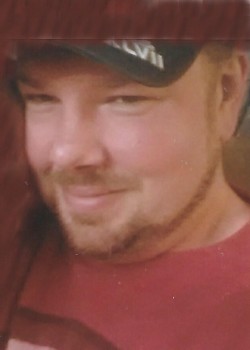 Justin Michael Simons, 42, of Asheville, died Monday, September 4, 2017, at Mission Hospital. A native of Baltimore, MD, Justin was a son of Linda McNamara and of the late Roy Wayne Simons. He worked as a chef at The Laurels of Greentree Ridge, and attended the Basilica of St. Lawrence. He had lived in Asheville for four years. Surviving in addition to his mother is his fiancée, Kimberly Hensley; step-father, David McNamara; daughters, Trinity and Gwendolyn; son "on the way," Chase; step-daughter, Hayley; sisters, Amber, Cara, and Jaimie; brother, David; step-sisters, Carolyn and Mandy; step-brother, Mark; and many nieces and nephews. A funeral service will be conducted by the Rev. Fr. C. Morris Boyd at 10:00 a.m. on Thursday at the Basilica of St. Lawrence Catholic Church. Interment will follow at Green Hills Cemetery. The family will receive friends from 6:00 to 8:00 p.m. Wednesday at Groce Funeral Home, Patton Ave.