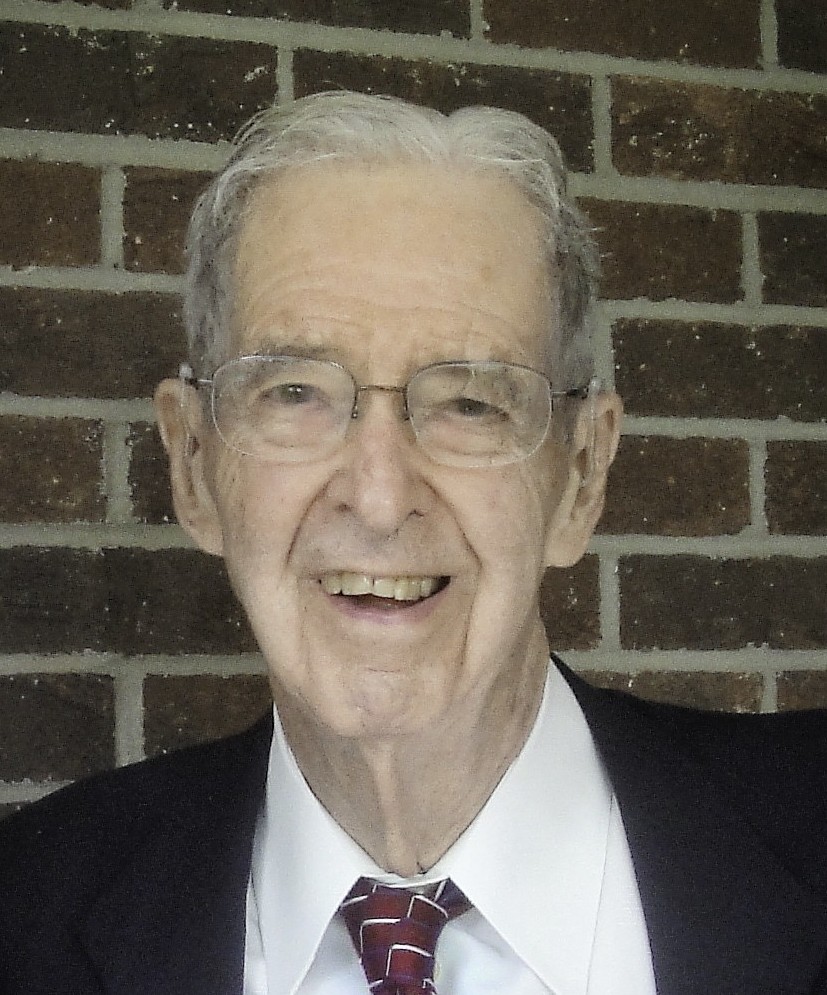 Karl Fulmer Reed, 96, formerly of Hendersonville, NC, Saline, MI and Erie, PA died on January 11, 2018 in Asheville, NC. Karl was born in Erie, PA, the son of the late Macdonald S. and Katherine Fulmer Reed. He graduated from Strong Vincent High School in Erie in 1939, Mercersburg Academy in 1940 and the University of Michigan College of Engineering in 1944. Karl met Maxine Hall in a physics class at Michigan and they were married on July 22, 1944 in Ann Arbor, MI. Karl worked for the General Electric Company, the Erie Foundry Company and several other companies and retired from Johnson Controls in 1990. After his retirement, he and Maxine relocated to Hendersonville, NC where they resided until they moved to Givens Estates in Asheville in 2005. Karl was a member of the United Methodist Church of Hendersonville. He was a member of Rotary International for 62 years including serving as Treasurer of the Hendersonville Rotary for several years. He was a Mason for more than 70 years and attained a 32nd degree Mason. He was also a life-long Shriner. Karl enjoyed playing bridge and puttering around the garden growing roses and vegetables. Karl is survived by his son, Arthur (Suzanne) Reed of Silver Spring, MD and his daughters Helen (Fred Jennes) Reed of Greeley, CO and Rebecca (Steve Yalisove) Reed of Ann Arbor, MI. He is also survived by his 4 grandchildren: Alex Jennes of Greeley, CO and Reed, Samara and Malia Yalisove of Ann Arbor, MI. He was preceded in death by his wife of 70 years, Maxine, and his sisters Isabelle (Tom) Deuring and Patricia Bristor. A memorial service will take place on Saturday, April 7, 2018 at 11:00 a.m. in the Pulliam Chapel of Givens Estates in Asheville. Interment will take place during summer 2018 in Erie Cemetery, Erie, PA. In lieu of flowers, memorials may be sent to Givens Estates Resident Assistance Fund 2360 Sweeten Creek Road, Asheville, NC 28803 or to Rotary International (https://my.rotary.org/en/document/memorial-ortribute-gift-form). Groce Funeral Home at Lake Julian is assisting the family.