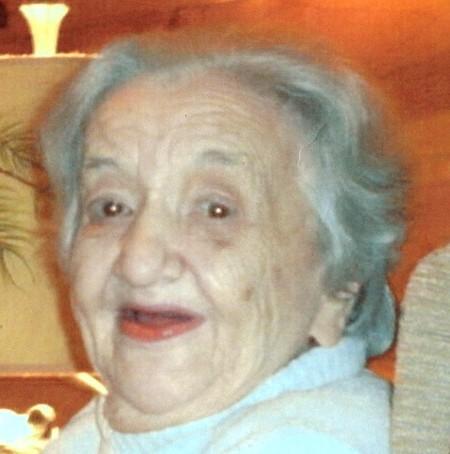 Kathleen McGuire, 87, of Asheville, NC, died Thursday, February 26, 2009 at Clare Bridge in Asheville. A native of Knoxville, TN, she was a daughter of the late Roger Patrick and Nellie Agnes McGuire. She was also preceded in death by three sisters. Kathleen was raised in Knoxville before moving to Washington, DC, where she lived for 60 years. During those 60 years, she enjoyed working for a variety of government agencies including the FBI, the War Production Board, the FAA, the Department of Agriculture and the District Government. She also worked for the Washington Post, the National Association of Realtors and the American Bankers Association. Her love of animals and her commitment to social justice was inspirational. We will all miss her laughter and cheerful spirit, which will remain in our hearts forever. Kathleen is survived by one niece, Margaret Irwin and her husband, Patrick, of Weaverville, NC; two nephews, John Roger Nelligan and his wife, Joanne, of Shady Side, MD and Michael Joseph Nelligan of Odenton, MD; one great-nephew, Joseph and two great-nieces, Mary-Anne and Jennette. A funeral mass will be said at 10:30 AM on Monday, March 2, 2009 at the Basilica of St. Lawrence, DM by the Reverend Father C. Morris Boyd. Interment will follow at Calvary Cemetery in Knoxville, TN with Father Marcos Zamora officiating. The family will receive friends from 6:00-8:00 PM on Sunday, March 1, 2009 at Groce Funeral Home at Lake Julian in Arden, NC. In lieu of flowers, the family requests that memorial donations be made in Kathleen's honor to one's local Humane Society. The family would also like to thank the staff of Clare Bridge for their loving and compassionate care of Kathleen.