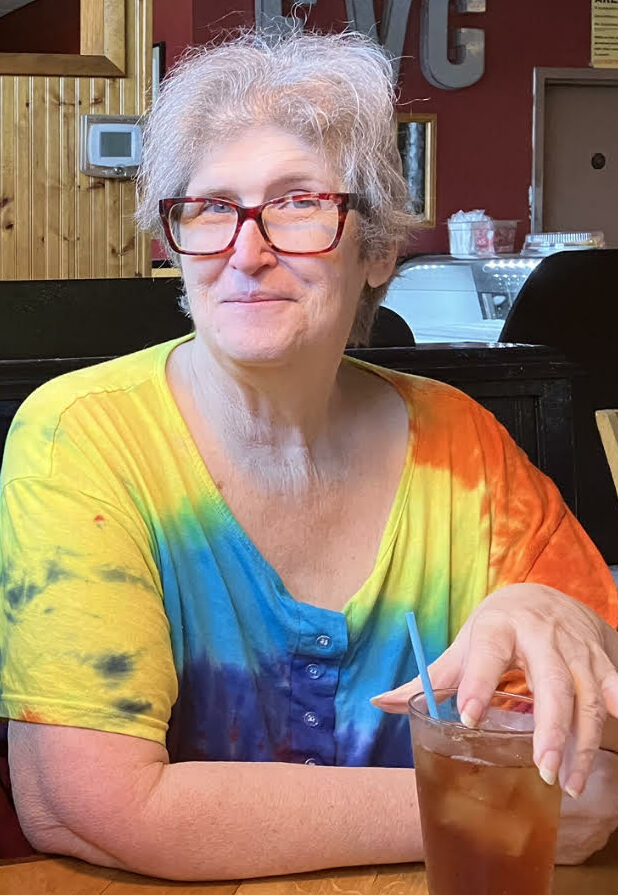 Kathleen Ruth Kos, age 64, of Asheville, passed away on June 16, 2022 in Buncome county, where she had lived for 17 years, after losing her home to Hurricane Katrina in 2005. She was born in Winter Park, Florida on July 4, 1957. She was the wife of Frank Kos, and the daughter of Ruth Hall Carrick, and is also survived by her brother Mike Carrick, her daughter Lilli Rayne and her grandsons Trafton and Tristan Kos. She was preceded in death by her father, Robert Franklin Gilbert Carrick.

A self-described ‘Happy Nomad’, Kathleen had lived in Venezuela, Kuwait, and Lebanon where she attended the American Community School in Beirut. With a gift for language, she never hesitated to engage with locals in communities all over the world. Upon returning to the United States, Kathleen lived for some time in Arizona, and Nevada before settling down in Biloxi, Mississippi.

When the Katrina hurricane demolished their home, she and Frank found a warm embrace by the citizens of Asheville who opened their doors and their hearts to those whose lives were devastated by flood. Kathleen, also known as Kacie, or Katie established a business in Asheville, operating Katie’s Treasure Chest at Smiley’s Flea Market in Hendersonville. Those of you fortunate to have engaged with her will remember her as warm, outgoing, and easy to talk to. If you were a small child, more often than not, you walked out with some small gift or treasure that Kathleen gave away for the pure joy of seeing those tiny smiles.

Sadly, Kathleen lost her life in her sixth and final battle with cancer, after a three year struggle with pancreatic cancer. Those who knew her well know that despite her continual struggle with this relentless disease, she remained upbeat, cheerful, and positive throughout her many medical struggles and setbacks. She was always ready with a joke and determined to live her best life against all odds.

With the courage of a lion and the soul of a warrior, she wanted it to be known that she refused to Go Gently into that Good Night.

The family will receive friends between 2:00 pm – 4:00 pm, Sunday, August 7, at the Scenic Park Clubhouse on 1314 Tunnel Road, in Asheville. Those who wish to express condolences are invited to sign the Guestbook and express their farewell sentiments. For those International friends or those unable to attend, condolences may be offered to the family under Mrs. Kos’ obituary at https://www.grocefuneralhome.com/obits/kathleen-ruth-carrick-kos/

In lieu of flowers, Kathleen has asked that she be remembered by a donation to the American Cancer Society, in her name.