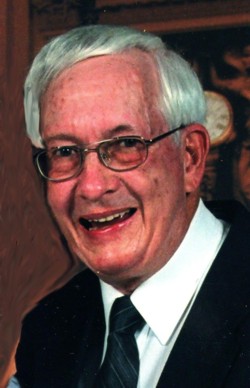 Kenney Donald Turner, 72, of 55 Tipton Farm Road,, Candler, died Sunday, May 17, 2009. Mr. Turner was a native of Asheville and a former resident of Ypsilanti, MI, where he attended the Ypsilanti Assembly of God and retired from the Ford Motor Co. He was a son of the late Andy Martin Turner, Jr., and was also preceded in death by a brother, Rev. Bennie H. Turner. He is survived by his wife, Donna Cook Turner; two sons, Keith Turner and his wife, Shelly, of Carmel, IN and Christopher Turner of Candler; two grandchildren, Krista and Michael of Carmel; his mother, Lillie Mary Taylor Turner of Kingsport, TN; his step-mother, Edna Elizabeth Cowan Turner of Candler; one brother, William O. Turner and his wife, Brenda, of Kingsport; two step-brothers, Jeffrey and David Brookshire, and by many loving nieces, nephews, cousins and extended family. Funeral services will be at 2:00 p.m. Thursday in the Patton Ave. chapel of Groce Funeral Home with Reverend Larry Collins officiating. Interment will follow at Pisgah View Memorial Park. His family will receive friends from 7:00 to 9:00 p.m. Wednesday. Flowers are welcome, but memorials can be made to the charity of one's choice.