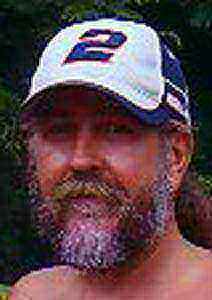 Larry Steven Rogers, 49, of Leicester, died Sunday, September 11, 2005, at his home. A native of Buncombe County, he was the son of Amelia Bradshaw Hawley and her husband Bob Hawley of Candler, the late Robert Clyne Rogers and the step-son of Russell Bryant of Ohio. He attended Oakley Elementary School, Reynolds High School and schools in Ohio and New Jersey. He was formerly employed by Terry Enterprises and Buck Stove and later owned and operated his own car repair business. He was the happiest when spending time under the hood of a car. In addition to his mother and step-fathers, Larry is survived by his long-time companion, Mary Frances Hipps, of the home; two sons, Mark Rogers and his wife Stacy of Leicester and Brian Rogers and his companion Jennifer of Asheville; a brother, Kevin Rogers of Alabama; three sisters, Sandra DeVore and her husband Toby of Fletcher, Debra Buchanan and her husband Kenneth of Candler and Karen Taylor and her husband Don of Alabama; a grandson, Evan Rogers of Leicester; a number of nieces, nephews and cousins and many wonderful friends. Funeral services will be 2:00 pm Wednesday in the Patton Avenue chapel of Groce Funeral Home with the Reverend Kenny Penley officiating. Burial will follow at Green Hills Cemetery with Mark Rogers, Brian Rogers, Nicholas DeVore, Daniel DeVore, Jeremy Ingle, Richard Wells, W.O. Owenby and Jake Waddell serving as pall bearers. His family will receive friends from 7:00-9:00 pm Tuesday at the funeral home and at other times will be at the home of his sister Debra Buchanan, 96 Rhinehardt Road, Candler.