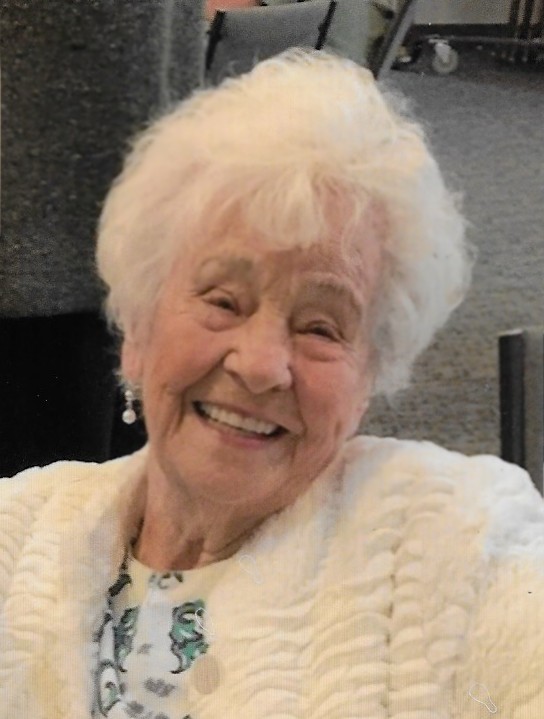 Lee Crawford Fisher (91) left this world for her heavenly home on May 16, 2021. She was the oldest daughter of eleven children born to Reverend Lonnie Gray Crawford and Bessie Lugenia Hensley Crawford. She came from a farming family and Lee spent her childhood caring for younger siblings and helping in the garden. Determined to make her own way in the world, she left home as a teenager to work her way through high school and Mars Hill College where she earned an Associates Degree in Business.

In her early twenties, she met Henry C. Fisher Jr. (Nick) who became the love of her life. They were married in Asheville in 1952 and celebrated their 60th wedding anniversary before Nick’s death in 2013. Nick was known to frequently look at Lee and say to anyone around, “Didn’t I do good?” or kiss her and proclaim, “Good sugar!”. Their marriage was a beautiful example of a love and devotion you don’t find very often. It was truly a match made in Heaven, exactly where they have been reunited today.

A woman of faith who deeply loved her family, Lee was quick to acknowledge that growing up her family didn’t have much but they always knew they were loved beyond measure. She felt incredibly blessed that the Lord gave her Nick and three beautiful children. She always reminded her children that “pretty is as pretty does” and to “do unto others as you would have them do unto you.” She lived her life in a way that embodied those words, never saying a bad word about anyone and never raising her voice in anger.

Nick’s work as a geologist moved the family out West and brought them many dear friends and countless fond memories. In later years, they returned to Asheville to care for their aging parents and it was there they put down roots, building and operating Nik Pik Market and two mobile home parks. Upon the death of Nick’s parents, they moved into the family home, “Fisher Farm”, where they resided for the remainder of their lives. They were faithful members of Emma United Methodist church for over 45 years.

The “Fisher Farm” became known fondly by her grandchildren as “Mamaw’s House.” Despite it being passed down through Nick’s family, when you walked in the door, you knew immediately who made the house a home. Nick would laugh and say “Hey, I live here too!” Her spirit inhabited every corner of the farm. She was never happier than on holidays when the seams of the farm house were bursting with the generations of her children, grandchildren and great-grandchildren. She would always ask to say a few words before meals and never failed to shed a few tears as she expressed her gratitude for the family God had blessed her with. She wasn’t a proud woman but she was an immensely grateful one.

Lee found a great deal of satisfaction spending time in her garden. She enjoyed picking and stringing green beans; canning and freezing vegetables; picking berries with her grandchildren; and her homemade jelly was highly prized at the church bazaars. She loved flowers and decorated the outside of her home with hundreds of blooms and was especially proud of the flowers she had transplanted from Granny Crawford’s house. Not a stranger to hard work, it wasn’t unusual to find her halfway under a bush pulling weeds or planting some tiny bulbs with a spoon from the silver collection. Most days, the seat of her wheeled garden cart endured much more use than her couch. This was a true testament to her spirit of service. Her hands were never idle but rather full of the literal fruits of her labor.

Lee opened her heart and home to family and friends alike. She welcomed visitors, both invited and spontaneous, as someone who knew the gift of having loved ones in her home was not to be taken for granted. A family wedding at the farm was her delight. When she was able, she enjoyed camping with her brothers and sisters, square dancing with friends and in her later years, she spent many happy hours putting together jigsaw puzzles with her sister, Shirley, who helped care for her. She loved birds, especially cardinals, and she found joy in her last days watching them on the feeder outside her window while singing along to the gospel hymns that meant so much to her. She was both strong and gentle. Her children counted on her to be the heartbeat of their family and always knew her love and forgiveness were boundless. The memory of Lee will live on forever in the minds and hearts of the generations she ushered into this world.

Deep appreciation is extended to her caregivers: Alice, Atma, Lillian and Valerie, for the tender, loving care they provided during Lee’s extended illness.

A celebration of life will be held on Monday, May 24, 2021 at 11:00 am at Groce Funeral Home, Patton Ave. Reverend Wes Sharpe and Reverend Joy Moss will officiate. The service will be livestreamed at https://www.facebook.com/grocefh/. The family will receive friends at 9:30am prior to the 11:00am service. Burial will be immediately following the service at Green Hills Cemetery.

In lieu of flowers, friends are asked to make a donation in Lee’s memory to Manna Food Bank of Asheville, 627 Swannanoa River Road, Asheville, NC 28805. Online donations at mannafoodbank.org.

If Lee were asked for one last bit of advice, she would no doubt take the chance to remind you that “I can do all things through Christ who strengthens me.” (Philippians 4:13).