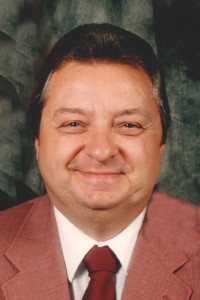 Leonard Francis "Len" Coviak, 65, of 11 Austin Hunter Lane, Leicester, died on Sunday, August 2, 2009, at his residence. A native of Detroit, MI, Mr. Coviak was a son of the late Mitchell and Helen Coviak. He was also preceded in death by his grandson, Noah Coviak, who died in 2006. Mr. Coviak had been a race car driver, and loved drag racing his own car, "Super Bird." His favorite track was Milan Dragway, Milan, MI. Mr. Coviak was of the Catholic faith. He is survived by his wife, Ann Ryan Coviak; sons, Chris Coviak, of Dolgeville, NY, Kevin Coviak, of Greenville, NC, Michael Coviak, of Leicester, and James Coviak, of Decatur, AL; brother, Louis Coviak, of Detroit; and 10 grandchildren. A memorial service for Mr. Coviak will be on Thursday at 7:00 p.m. in the Groce Funeral Home Chapel on Patton Ave. with the Rev. Travis Wynkoop officiating. His family will receive friends one hour prior to the service Thursday at the funeral home. Memorials may be made to CarePartners Hospice, P.O. Box 25338, Asheville, NC 28813.