LeRoy Jones, 89, of Brevard Road, Asheville, died Friday, November 5, 2004, at St. Joseph Hospital. Mr. Jones was born in Buncombe County and was a son of the late William C. and Ada Crook Jones. He was an Army veteran of WW II where he served with the 37th Infantry Division at Bataan and spent 204 consecutive days under enemy fire. He worked with the Cecil family at the Biltmore Estate for 31 years and was a Master Mason and member of Lodge No. 446, A.F. & A.M. He was also a member of Sardis United Methodist Church. He is survived by his wife, Nellie Jarrett Jones and one son, Curtis Jones and his wife June of Asheville. Graveside services will be at 2:00 p.m. Monday at Bent Creek Baptist Church Cemetery with the Rev. Enoch Ball, Jr. officiating. 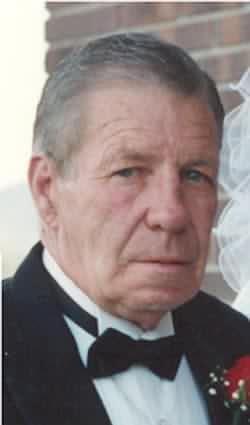 A native of Jackson County, he was a son of the late Lang and Effie Hooper Jones. He was a retired electrician and a Christian.

His family will receive friends 7-8:30 Thursday at the funeral home. At other times they will be at his home or the home of his daughter, Almeria Waldrop, 343 Oak Hill Road.