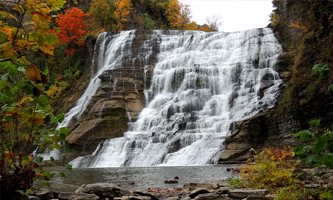 Lester "Roy" Alsup, Sr., 89, passed away Saturday, April 30, 2016. A funeral service will be held at Groce Funeral Home at Lake Julian in Arden, NC on Tuesday, May 3, 2016 at 2:00 pm with Leigh Edwards Miller, MTS officiating. The family will receive friends from 1:30 to 2:00 pm prior to the service at the funeral home. Graveside services will be held at Christ Sanctified Holy Church, Perry, GA on Thursday, May 5 at 11:00 am with Joann Cross Collier officiating. Roy served in the U.S. Coast Guard during WWII in the Atlantic and Pacific Theaters. He was a retired construction contractor. He was recognized as a Master Mason of 50 years service and was a Brother of the Biltmore Lodge. In addition, he was an avid outdoor sportsman and a skilled wood worker and wood turner. He was born in Houston, TX and was one of seven children. He is survived by two sisters, Edna Lorraine "Mickey" Wright of Raleigh, NC and Ella Jean Rollins (Vernon) of Columbia, SC; one sister-in-law, Katherine Lance Alsup of West Columbia, S.C. He is also survived by four daughters, Paula Edwards, Phyllis Arrington, Angela Goldsmith (C.H.), and Vicki Lane (Neale); one son, Lester Roy Alsup, Jr; twelve grandchildren and ten great grandchildren. Roy was preceded in death by his parents, Joyce Earnest Alsup, Sr. and Edna Lorraine Carter Alsup and his beloved wife, Pauline Adams Alsup; three brothers, Joyce "Jack", Jr, Edward Leonard and Robert Lee Alsup and one sister, Esther Ruth Alsup. The family wishes to express love and gratitude to Roy's long time friend and dedicated caregiver of nine years, Ms. TaJuana (Wanda) Featherstone. Groce Funeral Home at Lake Julian is assisting the family locally and Watson-Hunt Funeral Home in Perry, Georgia will handle arrangements in GA. Memorial donations may be made to a charity of your choice.