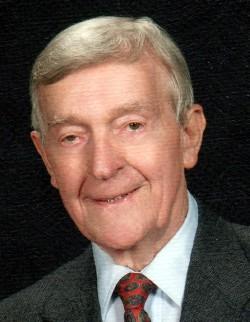 L.J. (Jeff) Sapp, 96, of Biltmore Forest, NC, died at home on February 21, 2011. Born on Sapp Road in Concord, NC, he moved to Asheville in 1947 and established Towne House Bakery, a landmark on Biltmore Avenue for over 30 years, famous for its doughnuts and fried pies. Jeff was elected president of the Bakers Association of the Carolinas and the American Retail Bakers Association. He served on the Board of Directors for Aston Park Healthcare Center and was president of Toast Masters, Optimist Club, and Western North Carolina Sales Executive Club. In World War II, he served his country in the Civil Air Patrol in Manteo; after the war he helped start Krispy Kreme. He loved golf and was a fixture on the Biltmore Forest Country Club golf course into his mid-90s. A loving husband, father, and grandfather, L. J. Sapp is survived by his devoted wife of 70 years, Lottie Mae Brewer Sapp; son, David Brewer Sapp, his wife Janice, and daughters Lara and Catherine, whose mother was the late Marelene Ormond Sapp; son, Dr. Stephen Sapp, his wife Mary, and sons Eric and David; and daughter, Swa Nancy Lorena Sapp, her husband Matt Berry, and sons Keller and Sanders; and several nieces and nephews. A memorial service to celebrate L.J. Sapp's life will be held on Friday, February 25, at 4:00 p.m. at Groce Funeral Home, 1401 Patton Avenue. The family will receive friends one hour prior to the service at the funeral home. In lieu of flowers, memorials may be made to the American Cancer Society, 120 Executive Park #1, Asheville, NC 28801.