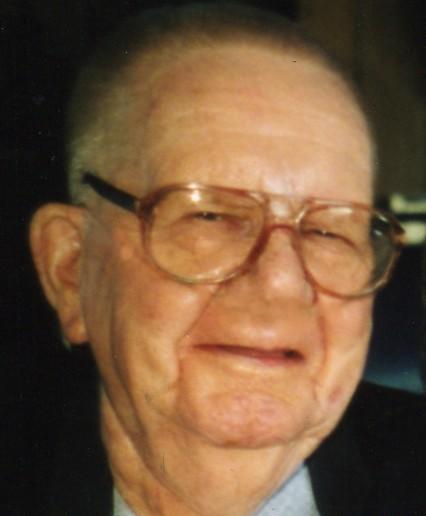 Lloyd E. “Pete” Meadows, Jr., 84, of 1314 Tunnel Road, Asheville, died Wednesday, December 7, 2005, at the Laurels of Greentree Ridge. Mr. Meadows was born in Buncombe County and was a son of the late Lloyd E. and Della Shope Meadows. He was preceded in death by sisters, Helen Eveland-Layton and Betty Thomas, and a brother, Ralond Meadows. He served with the Army Air Corps during WW II and was a retired route salesman for Holly Farms Poultry Company. He is survived by his wife, Doris E. Davis Meadows; two daughters, Gwen Blackmer and her husband, Ed, of Winston-Salem, and Rose M. Suttles and her husband, Jerry, of Canton; two grandchildren, one great-grandson, and several nieces and nephews. Funeral services will be at 11:00 a.m. Friday in the Patton Avenue chapel of Groce Funeral Home with the Rev. James Huey officiating. Burial will be at Forest Lawn Memorial Park. His family will receive friends at the funeral home one hour prior to the service. In lieu of flowers the family requests that memorials be made to Mountain Care/Adult Day Services, 68-A Sweeten Creek Road, Asheville, NC 28803.