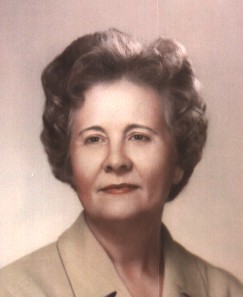 Fletcher, NC ~ Lola Lassiter Bowden, 98, of Fletcher, died Tuesday, December 28, 2004 at a local health care facility. She was born in Epson, NC, but lived most of her life in Laurinburg, NC. She was a daughter of the late Hugh Gene and Eva Murray Journigan and was the wife of the late William Lemmie Lassiter, who died in 1978 and Carl Bowden, who died in 1991. Mrs. Bowden was also preceded in death by two sisters, five brothers and two grandchildren. She is survived by three children, William Lemmie Lassiter, Jr. and his wife, Jo Brewer Lassiter of Hendersonville, Ruth Ann Molodet and her husband, Vic A. Molodet of Asheville and C. Douglas Lassiter and his wife, Kathy Wiley Lassiter of Fletcher. She is also survived by five grandchildren, four great-grandchildren, and two great-great-grandchildren. She was a devoted and loving wife, mother, grandmother, and great grandmother. She was a faithful member of the First Baptist Church of Laurinburg, NC and was also active in the Women of the Church groups and several women’s clubs in Laurinburg, as long as her health permitted. The family would like to express their appreciation to the staff at the Oaks at Sweeten Creek for their kind and loving care. Graveside services will be held in Laurinburg, at 2:00 pm Thursday, in the Hillside Cemetery conducted by the Rev. Dr. Luther D. Kimrey. Memorials may be made to the First Baptist Church, 302 East Church Street, Laurinburg, NC 28352 or to Mountain Area Hospice, P.O. Box 25338, Asheville, NC 28813.