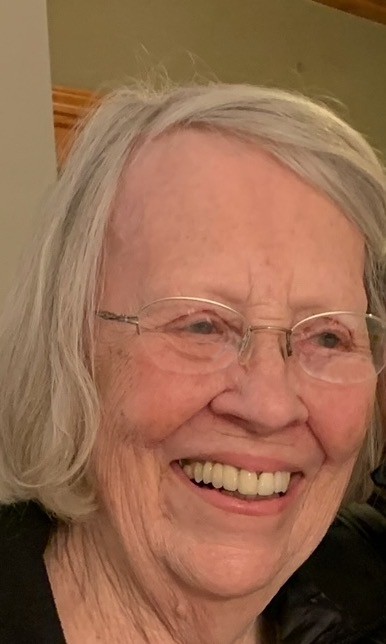 Born in: Montezuma, IN
Resided in: Candler, NC

Lou Ann was born on February 19, 1931, in Montezuma, IN, where her father worked for the US mail service and operated a series of small businesses. Lou left her hometown following high school and went to Indiana State University where she graduated with an education degree in music. Upon graduation, she moved to Benton, IL, where she met her husband of 63 years, Bob. She and Bob moved several times, Lou always teaching in the local schools. They settled in Asheville, NC, in 1964.

Lou taught music and choir at Gibbons Hall (now Carolina Day School), where her sons went to school, before moving to Enka High School in 1973. Through her role as the choir director, she encouraged her students to participate in state contests where they excelled. Lou entered a second career, going back to school and earning a Masters Degree in Library Science at Western Carolina. She then became the Enka High School librarian. She was recognized by the state of North Carolina as the Media Specialist of the year for converting Enka High School’s card catalog to one of the first digital systems in the state.

She and Bob were very dedicated to the First Christian Church of Asheville. Lou was the choir director at the church for many years and enjoyed singing with her many friends. Even in retirement, Lou was never one to sit idle. She always had a project. The church relocated from downtown to a site in the county and as a member of the building committee, Lou was instrumental in the construction of the new church home.

Throughout her life, she always put family first. She was devoted to her husband and two sons. When she became a grandparent, that devotion took on a new meaning. She attended countless baseball games and track meets. She sewed handmade dresses for her granddaughters and she and Bob would often take a grandchild with them on their many travels. When her great-granddaughter was born, she and Bob made a point to spend a month every winter close by her home.

Lou is predeceased by her husband, Robert Cyrus McAfoos; her parents, Lucille Gilfoy and Harry I. Montgomery; and brother, Joe Ray Montgomery. She is survived by her sons, Robert M. and David (Kimberly); her grandchildren, Laura (David), Amy (Charlie), Brian, Kevin, Dana and Holland; her great-grandchildren, Elise, Philippe, Chase, Ian and Michael; her sister-in-law, Margot McAfoos; her daughters-in-law, Toni and Linda; as well as many nieces and nephews.