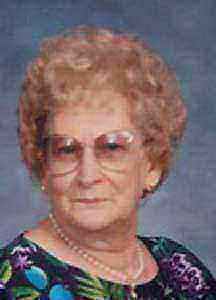 Lucy Kate Miller Patton, 90, of 55 Springside Drive, Asheville, died Tuesday, January 18, 2005, at her home. Mrs. Patton was born in Buncombe County and was a daughter of the late Lawrence and Lucy Todd Miller. She was preceded in death by her husband, Harry C. Patton, Sr., who died in 1989, and by a granddaughter, Heather Jarrett. She was a member of West Asheville Baptist Church. She was a devoted mother and grandmother and is survived by two daughters Kaye Collins of Asheville and Carolyn Trexler of Marion; one son Harry C. Patton, Jr. of Winston-Salem, seven grandchildren and eight great-grandchildren. Funeral services will be at 2:00 p.m. Saturday in the Patton Avenue chapel of Groce Funeral Home with the Rev. Dr. James H. Johnson officiating. Burial will be at Green Hills Cemetery. Her family will receive friends one hour prior to the service and suggest that memorials be made to Meals on Wheels, 146 Victoria Road, Asheville, NC 28801.