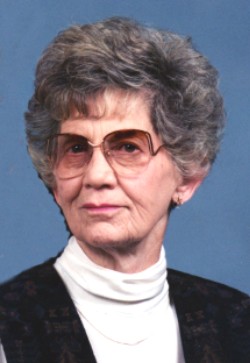 MADGE BAILEY COOPER ASHEVILLE – Madge Bailey Cooper, 91, of 28 Covington Street passed away Sunday, April 17, 2011 at Fleschers Fairview Healthcare Center. She shared sixty years of her life with her soul mate Herman Cooper who preceded her in death in 2002. Mrs. Cooper was a native of Yancey County and was the daughter of the late William Harvey and Mary Thomas Bailey. She was a graduate of Candler High School and was an employee at Asheville Hosiery Mill, before completing her career at American Enka Corporation. Preceding Mrs. Cooper in death were her sisters and brother Jane Banks, Atlas Davis, Tennie Robinson, Doll Hyatt and John Bailey. Mr. and Mrs. Cooper joined West Asheville Baptist Church in 1948 and remained members throughout the rest of their lives. During her long life Mrs. Cooper was very active with many church projects. She regularly attended church until her declining health prevented her from doing so. Mrs. Cooper is survived by her only daughter, Sandra Cooper Dunn and her husband Dr. Joe Dunn of Asheville. Also surviving are two grandchildren, Kristie Davidson and her husband Brian of Fletcher and Brad Dunn of Charlotte, NC. She took pride in her three great grandchildren, Bryce and Bailee Davidson of Fletcher and Avery Dunn of Charlotte. She will be remembered as a devout Christian, as well as a loving wife, mother, grandmother, and great-grandmother. Funeral services will be held at 11:00 a.m. Tuesday in the Patton Avenue chapel of Groce Funeral Home, with the Rev. Tony Hooper officiating. Interment will follow at Forest Lawn Memorial Park. Her family will receive friends one hour prior to the service. The family requests that memorials be made to Fleshers Fairview Healthcare Center Employee Fund, PO Box 1160, Fairview, NC 28730-1160.