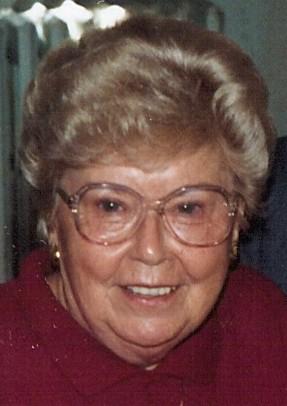 Asheville ~ Madge Lynch Calloway, 89, died Monday, March 31, 2008. A native of Buncombe County, she was the daughter of the late Gordon and Bessie Mae Searcy Lynch and was preceded in death by her husband, Alvah P. Calloway who died in 1999. She was also preceded in death by two brothers, James and Charles Lynch and three sisters, Ruth Trexler, Mildred Dotson and Evelyn Devinney Mrs. Calloway was a graduate of Valley Springs High School and retired as a bookkeeper and cost accountant with Coats and Clarke, Inc. in Newport News, Va. and was a former employee of Beacon Manufacturing. She was a member of Swannanoa United Methodist Church. Throughout much of her adult life, she was a dedicated Navy wife to her husband who served honorably for twenty seven years. Mrs. Calloway is survived by her daughter, Elaine Hughes and her husband, Jack, of Asheville; two sisters, Nell Brigman and her her husband, J.V., of Black Mountain and Jean Sales of Phoenix, Arizona and several nieces and nephews including Janet Law Sparks and Scott Lynch. A service for Mrs. Calloway will be held at 12:00 noon Thursday, at the Western Carolina State Veterans Cemetery. Memorials may be made to All Souls Counseling 23 Orange Street Asheville, N.C. 28801.