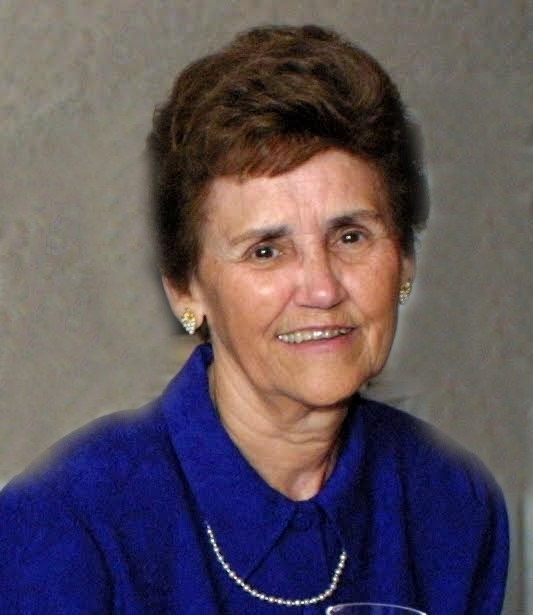 Mae Metcalf Ammons, 90, of 21 Spring Hill Drive, Arden, NC passed on Tuesday, November 1st, 2016, as the result of complications from a fall. A native of Bakersville, in Mitchell County, NC, she was the daughter of Byrd Metcalf and Pearl Smith Metcalf. She was preceded in death by her sisters, Bertha Lowrance and Dorothy Meredith as well as her brothers, Wayne Metcalf and Ted Metcalf. She is survived by her son, Bill Ammons & his wife Anne of Fletcher, NC; her grandson Christopher Ammons, his wife Anne & their son Booker of Nashville, TN, her grandson Jonathan Ammons of Asheville, NC; her sister, Marjorie Blakley & her husband Hal of Clemmons, NC, her brother Ed Metcalf & his wife Lou Ellen of Bakersville, NC, her cousin Carol Arrowood of Woodfin, NC, and many nieces and nephews. Mrs. Ammons began her 39 year career at AT&T/Southern Bell in Asheville, NC as a telephone operator, progressed into management, eventually becoming Dial Service Administrator for Western North Carolina, a position which she held at the time of her retirement. She was a member of Telephone Pioneers of America. She was a member of Oteen Baptist Church in Asheville, NC for over 62 years. She taught children's Sunday school and served as Clerk of the Church for many years. For the past 20 years she has served as the Church Treasurer, administering the church finances and maintaining membership & donor records. She continued in that position up to the time of her death. Upon retiring from AT&T/Southern Bell she devoted much of her time to volunteering and assisting various ministries throughout the Asheville area & preparing meals for homeless shelters. She volunteered one day each week at Buncombe Baptist Association and several days each week at Oteen Baptist. She devoted much of her spare time to gardening and she loved spending time with family and greatly enjoyed the time she spent with her grandsons and great grandson Funeral services for Mrs. Ammons will take place on Saturday, November 12th at Oteen Baptist Church, 37 Oteen Church Road, Asheville, NC 28805- PH# 828-298-3384 conducted by the Revs. Gayle Brown and James Lamb. Visitation will begin at 1:00 PM, followed by a service at 2:00 PM, after which there will be a short graveside service at the Sky View Memorial Park, on US 70 East, which is about 2 miles from the church. We will then return to Oteen Baptist Church for a meal prepared by church members and a time of fellowship and remembrance of Mae. In lieu of flowers, donations may be made to Oteen Baptist Church in her honor. Groce Funeral Home at Lake Julian is assisting the family.