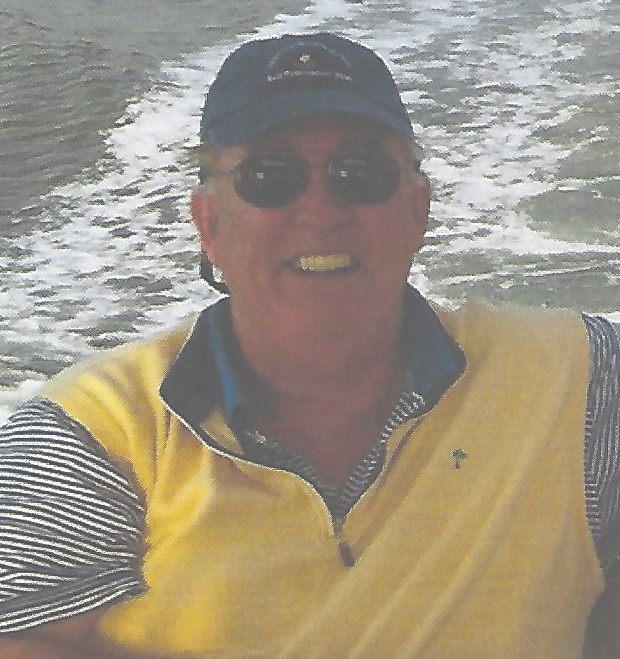 “Why is it almost every robust health boy with a robust healthy soul in him at some time or another crazy to go to sea?” Herman Melville

Peggy Van Vechten’s fore-bearers were early settlers of the New Amsterdam/New York colony (Dutch and English) and included illustrious members of the Schuyler family (including Alexander Hamilton). Peggy grew up in New York City and Rumson, NJ, attending St. Timothy’s School (1939), working as a secretary at St. Barnabas Church (in NYC), and then joining the Navy (as a pilot, and when the women were grounded for WWII, as a control tower operator at Floyd Bennet Field in Brooklyn). After WWII, she met and married Smoky Williams when he was getting his M.S. in Chemical Engineering at Princeton.

Smoky’s family also arrived in the young American nation, from England (18th century) and Wales (19th century) respectively. His English fore-bearers were ship builders, and merchant seamen in Maine, and his great-grandfather Charles Wiggin (a seafaring man) moved himself ‘lock, stock and barrel,’ to San Francisco in 1849 (sailing around ‘the Horn,’ he set up a mercantile business in San Francisco from the contents of his ship ‘The Uiidorus.’) His Welsh fore-bearers had emigrated from Wales as part of the Church of Latter Day Saints missionary work, and were part of Brigham Young’s second trip from Illinois to Salt Lake City. Smoky grew up on several continents (due to his father’s work with General Motors), graduated from Princeton University (1942), joined the Marines (fought on Iwo Jima), returned to Princeton to refresh his chemical engineering skills, and married the ‘love of his life.’

Smoky embarked on his chemical engineering/plastics career, working primarily with Monsanto (Springfield, MA) and then Tenneco (Flemington, NJ). The children had an idyllic childhood in Wilbraham, MA. Living next to a blueberry marsh, they learned ice-skating in the winter, as well as skiing the New England mountains. The Williams built a lovely summer cottage on Mason’s Island, off the coast of Mystic, CT – the children flourished in swimming and sailing, although only Chip mastered the sport of tennis.

The family moved to Princeton, NJ (1963) although sister Laurie had already started boarding at St. Timothy’s. Soon after, Chip started boarding at Millbrook School (NY). He was an unenthusiastic student. Invited by a friend of the family (Dick Capanera), Chip spent a summer in Peru. It opened his eyes, and he excitedly returned to Millbrook, and proceeded to excel in science, sports and a love of the natural world. Graduating Millbrook (1969), Chip then started more scholarly studies at Middlebury College, graduating with a BA in Philosophy and Religion (1973). He spent the next years building a farm with friends in Norwich, Vermont (‘Close Enough’), skiing, skating and traveling in many disperse areas (including sailing in the Caribbean and rough camping in Alaska). Then it was back to the academic saddle.

He collected a MS in Forestry at the University of Vermont (1979) and a PhD in Genetic Forestry from Penn State University (1984). Moving back to Burlington, VT, he bought a house and settled in to a career with the US Forest Service as a researcher/forester. But the times were changing, and despite his gifts at grant writing, he felt displaced by ‘diversity.’ He elected to relocate to Florida and obtain his MBA (from Florida-Atlantic University, 1990), so that he could better poise himself as a businessman in the forest industry. To pursue this goal, he moved into one of the houses on the family property on Jupiter Island, FL (1987). That career didn’t progress satisfactorily and Chip applied himself to real estate, property management, and teaching statistics at the college level. In his mid-50’s he discovered a knack for investing (much resembling his father’s abilities in that area).

Chip also enthusiastically applied himself to another family heritage, that of service. For years, he served as Junior Warden, and then Treasurer of Christ Memorial Chapel (Jupiter Island), as well as the Town of Jupiter Island’s Impact Review Committee.

Having loved skiing and hockey (varsity at boarding school and college; skating with the semi-pro team in Burlington; refereeing Junior Hockey), moving to Florida in his mid-30’s necessitated a re-focusing of sports. Always a superb athlete, Chip enthusiastically resumed tennis, learned golf, started scuba diving, and was able to pick up his loves of sailing and deep sea fishing.

Having also loved his travel adventures (the Caribbean, Alaska, Spain), he enthusiastically joined his father for some “People to People” trips (to China, the Middle East and Cuba). When Laurie and her family (husband Jack Hamilton, and sons Jake and Will) moved to Asheville, North Carolina, Chip was able to join them for family outings. He became a beloved Uncle, who inspired them in academic excellence, sports, travel and service. As well, it should be noted, in developing a wry, and sometimes wicked, sense of humor.

Living in ‘Mostly Palms’ meant he was near Smoky and Peggy’s house (‘Harbor View’) and that he was the front line for helping as they reached their late 80’s and started to decline. Chip had started experiencing significant health issues of his own (he had double knee replacements in his late 40’s due to hockey injuries). By 2015 Chip had withdrawn from many of his previous activities, due to health issues, and his parents struggled with theirs (Peggy died 02/20/15, at age 93, and Smoky was diagnosed with colon cancer two weeks later). In the late Spring, 2017, Chip and Smoky, realizing that they were no longer benefiting from the special life that is possible on Jupiter Island, decided to sell the family property and move to “Givens Estates,” Asheville, North Carolina. Smoky was able to engage with the new community; Chip continued to be somewhat home-bound.

In early July, 2019, Chip received the devastating diagnosis of pancreatic cancer. Two weeks later, at age 98, Smoky died, without knowing of Chip’s fatal diagnosis. Family and care-givers rallied around Chip, providing 24/7 care (in particular James Collins and Kevin Reinke). In his last months, Chip was able to re-engage with the world again, seeing some dear friends, and traveling to places he had always wanted to see.

Chip celebrated his 69th birthday in Flagstaff, Arizona, where he had traveled hoping to finally get a glimpse of the Grand Canyon. Developing cellulitis, and unable to travel home, Chip passed away November 16th 2019 (12:05 am) at a lovely hotel with the sweet resin of Ponderosa Pines filling the air. Tall tree and tall ships … Sail on those starry seas! A memorial service will be held December 5th at Christ Memorial Chapel, Jupiter Island, and his ashes will be interned at Trinity Episcopal Church, Asheville, NC

As sister Laurie was oft heard to remark: “Chip is one of the most decent men I know.”

Groce Funeral Home at Lake Julian is assisting the family with local arrangements.