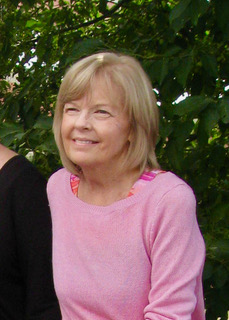 Born in: Indianapolis, IN
Resided in: Asheville, NC

Born in Indianapolis, IN, on November 1, 1953, Margaret was the first child of the late William McDaniel Nelson and the late Caroline Jane Lewis Nelson. Having passed her early years in Charleston, SC and elsewhere in the South Carolina Lowcountry, she moved with her family to the mountains of western North Carolina in 1962.

There are many who would say that from the time of her arrival in Oteen, NC, just east of Asheville, the lovely, exuberant Margaret took the place by storm. “She’s a bird!” her dad often exclaimed (usually with great fondness). Though diminutive in stature, Margaret lived in a way that generated tall tales. As a storyteller, she was much in demand among children, who knew a kindred spirit when they met one. She related to them the adventures of her make-believe friends, the magic groundhog and the painted hummingbird, and sometimes she recited for them short poems that she explained were composed by her cat. Her family and friends, as well as her teachers at Charles C. Bell Elementary and A.C. Reynolds High, had a rich supply of stories from her creative, high-spirited life that clearly supported her dad’s early observation. While Margaret often downplayed this more vibrant aspect of her nature, she had a great sense of humor and actually seemed to enjoy the recounting of her antics at family gatherings in Charleston and Montreat, NC.

Above all, Margaret’s devotion to family and friends was unwavering, and her passing leaves us stunned and grief-stricken. Her deep compassion for others, as well as her generosity with her time and limited resources, was clear to all who knew Margaret, especially to the younger generation of her family with whom she was extremely close. Without question, her calling was human service, to which she was deeply committed from her youth (never passing needy souls on the street without dropping her last coins in their cups) through her years of collegiate and graduate study at A.B. Tech, UNCA, Western Carolina, and N.C. State. Over her career as a nurse, Margaret worked long hours through difficult shifts, always with tireless devotion to her patients. From start to finish she also valued and nurtured friendships with her co-workers. Throughout her years in nursing, Margaret was especially drawn to end-of-life care, as she felt strongly that providing loving attention and comfort to individuals in their final days was among the highest of callings. Perhaps there is no finer example of her compassion than in her wonderful devotion to her own mother, for whom Margaret lovingly cared during her final illness while simultaneously guiding her family through such a difficult time. Margaret’s nursing career culminated recently in the active role she played as an organizer of the historic September 2020 North Carolina Nurses Union victory at Mission Hospital, Asheville NC.

Given her petite size, Margaret was frequently cold and was ever drawn to warm climates. She often said in jest that she might be part reptile because she felt best while basking under the sun in the dry heat of the desert. It was the Arizona desert in particular, as well as Charleston in summer and Montreat on rare hot days in July and August, that beckoned Margaret throughout her life. In these places, then, the family will later hold celebrations of the blessing of her 67 years with us.

In lieu of flowers, the family asks that memorial donations be made to Health Care for All North Carolina, https://www.healthcareforallnc.org/donate, which has established the “Maggie Nelson Courage and Justice Award.”